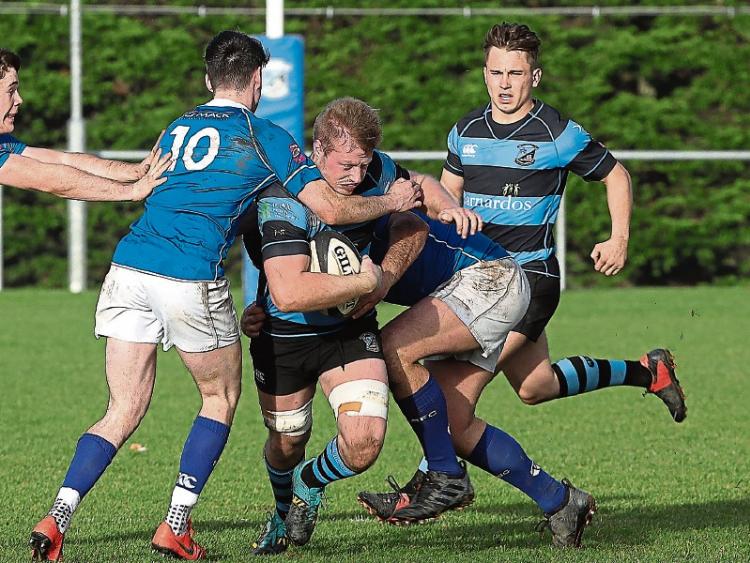 LIMERICK'S six senior All-Ireland league clubs are chasing vital points this weekend as the final round of fixtures takes place before the Christmas break.

Round nine, the first of the back to back fixtures for all divisions is the final marking of games until January 11.

With ‘A’ games down for decision this weekend, several of Limerick's club sides will be hit by player losses, while it is also the beginning of exam season, so wins this weekend, wherever they come from will be crucial.

In the top tier, second place Garryowen will travel to UCD without their Munster academy players. The good news for the light blues is that UCD will also be shy of their Leinster contingent too.

Garryowen are 6-2 from their opening eight games and have once more defied many people's pre-season prediction for the Dooradoyle side. A win on the road at the UCD bowl would go a long way to sealing their top four aspirations ahead of the final nine games in 2020.

In the same Division, Young Munsters are riding the crest of a wave following three wins on the bounce.

Gearoid Prendergast's men have gone from bottom of the table to fourth and this weekend they face the toughest task of the season so far, Cork Con, at home.

Con, who are 8-0 from their opening block sit atop the table and look, at this early stage, to be the ones to beat once more.

This weekend's meeting at Tom Clifford Park is the first of three meetings in a row between the old rivals as the Munster Senior Cup final on December 20, in Musgrave Park, is sandwiched between the back to back ties.

Munsters will certainly know their level following this weekend's game. A win would propel them even higher up the table towards their near neighbours Garryowen.

In Division 1B, Shannon, fresh from their home win over St Mary's last week, will be also looking to topple the league leaders in their group.

Highfield will host the ‘Parish’ side on Saturday, sporting a 7-1 record from their opening games.

Again, Shannon, like Garryowen and Young Munster will be missing players due to Munster's ‘A’ game this weekend, so any kind of result in Cork will be gratefully received.

Limerick's two sides in Division 2B are also in action on Saturday at Old Crescent take on Buccaneers in Rosbrien. This tie kicks off at 1.30pm, an hour earlier than all the others, to avoid a clash with Munster and Saracens in the Champions Cup. A good decision all round.

Crescent are 5-3 from their eight games and sit in fourth, while Buccs, also 5-3 sit in sixth, just three points behind their hosts.

A win for Crescent will see Matt Browne's side in the mix for top four come 2020, for sure.

In the same Division, the students of UL Bohemian RFC are on the road to Cashel.

The ‘Robins’ defeated Dolphin last weekend on the 4G in UL and will take massive confidence into their meeting with Cashel. The win for Tom Hayes and George Murray's side last weekend was only their second of the season, but another here against the 5-3 Tipperary based side and UL Bohemian will be looking up the table in 2020 as opposed to those below them.

In the fifth tier of the league, Bruff RFC sit in sixth place in 2C on 18 points from their 4-4 record.

The County Limerick side host Tullamore at Kilballyowen on Saturday. The men from the midlands are fifth in the table, just one point in front of Bruff.

With a 3-2-3 record from their opening eight games, Tullamore are anything but consistent, allowing Bruff a chance to end 2019 on a high.