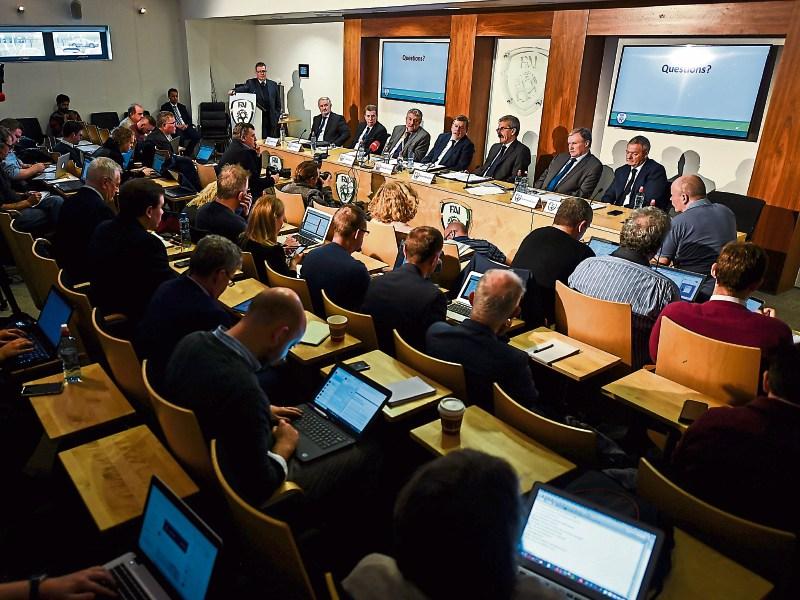 In Ancient Greek folklore, a phoenix is a long-lived bird that cyclically regenerates or is otherwise born again.

Associated with the sun, a phoenix obtains new life by arising from the ashes of its predecessor. The phoenix dies in a show of flames and combustion.

Watching on last week as the FAI died in a show of flames, one had to scratch ones head several times to even try and begin to understand the magnitude of the despair Irish soccer now finds itself in.

Soccer is Ireland's most played team sport. How on earth has the association in charge of managing that got it so wrong?

There will be millions of column inches written about that specific topic in the weeks, months and years to come. Where did it all go wrong could very well end up being the FAI's new motto.

However, when looking at the details of the association's debt, coupled with high powered resignations, one has to try and take some positives.

Firstly, the government has agreed to keep funding coming for the grass roots of the game.

Even if I don't agree with the way they plan to distribute the funds, through a third party, I do think it is a step in the right direction.

The biggest positive for me, in terms of the FAI, is that soccer fans from all over Ireland have been given the opportunity to change their governing body for the better.

It is not something that every GAA, Rugby or Athletics fan is going to get to do, so those involved in soccer should see the coming months as an opportunity to effect change.

If, as a soccer player, administrator or indeed fan, you can make your voice heard more than ever now.

It all starts at your club. If you are not happy with how that is being run, try and make a change there. Get on the committee, get involved if you are not already and move from there.

The same goes for those on regional boards and in elected positions. If someone isn't doing their job properly, then do something about it.

When this FAI 'bird' is re-born it is up to every soccer stakeholder to make sure it is fit for purpose and can fly, unhindered by its past.