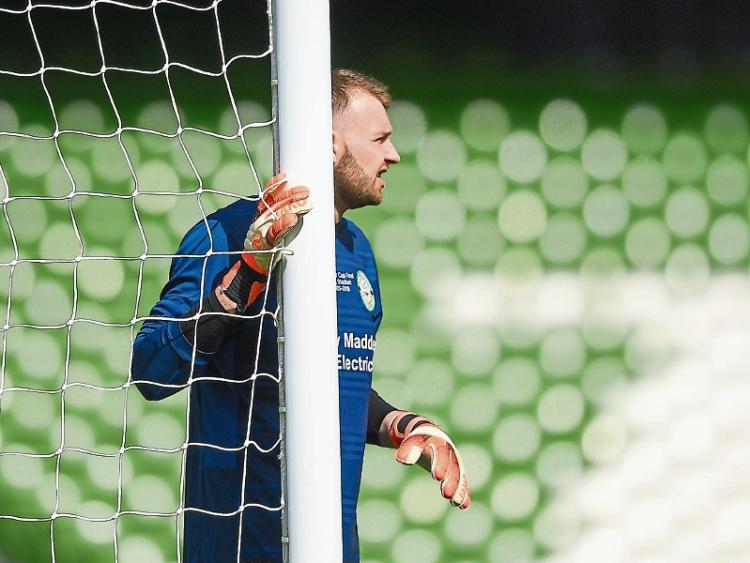 Ballingarry advanced to the open draw of the Munster Youths Cup with a 2-0 victory away to League leaders, St. Ita’s. David Geary scored in the first-half and Mike Molloy doubled their lead after the break.

Broadford United and Askeaton both remain in the Youths title mix after good away wins on Saturday. Broadford led 2-0 at half-time away to Abbeyfeale United with goals from Conor Stack and Lee Foley. Sam Quigley pulled a goal back in the second-half and that’s how it finished.

The foundation for Askeaton’s 5-3 victory away to Newcastle West Town was laid in the first quarter when they raced into a 4-0 lead. The scorers for Askeaton were Tomas Sheahan (2), Niall O’Connor (2) and David O’Shaughnessy, while on the mark for Newcastle West Town, who are under the new management of Shane Stack, Eoin Normoyle and Darragh Quilligan, were Leon Barry, Eddie Ward and Aaron Mullane.

Newcastle West Town and Rathkeale will both be trying to join Carrig Celtic in the 6th round of the FAI Junior Cup when they meet high-calibre opponents on Sunday. Newcastle West make the relatively short journey to Limerick city to meet Pike Rovers, while Rathkeale travel to North County Dublin to take on Rush Athletic.

This tie was originally scheduled for last Sunday week but was postponed due to the death of Joe White.

The pedigree of Pike Rovers is well-known. They won the FAI Junior Cup in 2011 when they were captained by Rathkeale man, Keith Harnett, who scored the winning goal. They came agonisingly close to regaining the trophy two seasons ago when they lost in a penalty shoot-out to North End in the final. Last season, they just failed to complete a three-in-a-row of Munster Junior Cup trophies when they were beaten by the all-conquering St. Michael’s in the final. They haven’t won the Premier Division title in a few years but they are in a strong position to do so this season, just two points behind leaders Fairview Rangers with a game in hand.

Newcastle West Town will go into the tie as underdogs but they travel with a winning streak of three games and able to point to an impressive penalty shoot-out victory away to Castleisland FC in the second round. Of manager Noel Murphy’s two goalkeepers, Andrew Ruddle is definitely out with a long-term injury, while there is a question mark over Kevin Mee due to a recent calf injury but if Mee isn’t available it looks like Murphy might have a ready-made replacement in Michael Quilligan, goalkeeper for the Newcastle West team that won the County Senior Football title recently, who saved a penalty when he replaced the injured Mee in Newcastle West’s most recent game. Shane Stack, who recently returned from Janesboro is Cup-tied but Murphy will be able to call on striker Michael Conlon, who signed from Limerick u-19s.

The forecast is for Newcastle West to give a good account of themselves but for Pike to prevail.

Rush Athletic play in Major Sunday, which is in the top flight of the junior section of the Leinster Senior League.

This is their first season at that level, having won four leagues in a row in Major Saturday. Rush were named Leinster Club of the Year last season, due to the fact that their second and third teams also won their respective Leagues.

This season, Rush are top of the table in Major Sunday and their quality is further evidenced by last Sunday’s 3-2 victory against Sheriff YC, who have moved to the Leinster Senior League from Dublin AUL. Rush are aiming high and their ambition is that they will have achieved promotion to senior football at the end of this season. Rathkeale will travel to Dublin with their faith in their ability bolstered by their 6-0 victory over Dunmanway Town in the Munster League Champions Trophy quarter-final last Sunday week.

Manager Alan Doyle and his assistants, Johnny Mooney and Johnny Markham, have a full squad available and are pleased to be able to report the return of Shane Doherty to the squad. I expect Sean O’Shea to give another masterclass at centre-half, Gary Enright to work tirelessly in the centre of midfield and striker Pa Ahern to trouble the Rush defence with his pace and penetration but Rush’s pedigree and current form suggests that they will prove stronger overall.

With the exception of the Munster Junior Cup 3rd Round, the last Junior games of 2019 will be on Sunday 15th December. Following the Christmas break, fixtures will resume on Saturday 4th January and Sunday 5th January 2020.

Ties to be played weekend of the 12th January 2019

Kerry won 4-3 at home to Limerick District in the Oscar Traynor in their last group game on Sunday, which means that a draw will suffice for Limerick Desmond to top the group when they meet Clare on Saturday, 4th January at 6 pm in Mick Hanley Park.

Sunday results should be phoned in as soon as possible after the match but not later than 4.30 and the same applies to Saturday Youths games.

Please include details of scorers if leaving a message on the answering machine. It is the responsibility of the home team to phone in results and failure to do so within the time required will result in a fine being imposed.

The Weekly Award this week goes to Ballingarry Youths, who reached the open draw of the Munster Youths Cup with a 2-0 victory away to League leaders, St. Ita’s.

Ballingarry will go into a draw with the other Weekly winners at the end of the season for vouchers to the value of €150, €100 and €50, sponsored by Chris McGill of adrenalinsports.ie, Newcastle West.

For more Limerick sport see www.limerickleader.ie or use #LLSport on social media such as Facebook and Instagram.