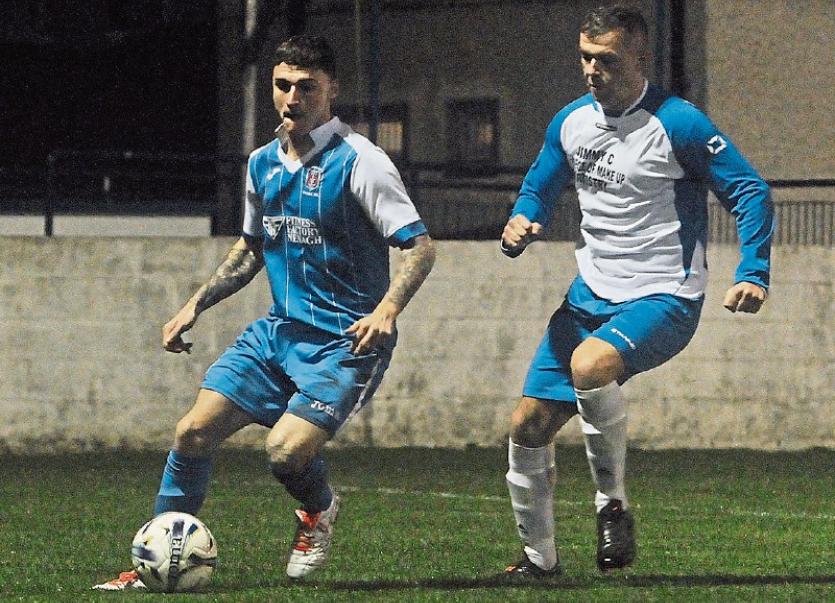 With the Christmas break pending there are a few outstanding games to clear up before the festivities begin. Highlight of the weekend is the outstanding FAI Junior Cup game when Pike Rovers host Newcastle West Town on Sunday afternoon in Crossagalla.

Neither team had a game at the weekend, although Pike Rovers will have the chance to shake out the cobwebs with a Tuohy Cup game on Wednesday.

The ‘Hoops’ are many people’s favourites to challenge the St Michaels and Sheriff’s in this tears campaign and deservedly carry the tag.

Manager Robbie Williams has only been used against Ballynanty Rvs in the last round so we assume he will be on the field again and his experience adds hugely to the Pike cause.

He was superb last time out and combined with Pat Mullins forms a formidable central defence.

Newcastle West Town have only played three League games, losing once and winning twice plus the obvious wins that saw them reach this stage of the National competition.

With Regional, Coonagh and Fairview already through hopes are high that we may have four teams in the last 32.

There are two games in the Munster Youth Cup with Caherdavin Celtic hosting Murroe while on Saturday evening Charleville welcome Fairview Rangers for what promises to be a cracking tie.

Aisling are favoured with home advantage against Cregmore/ClareGalway in the FAI Under 17 Cup.

There are two games in the PJ Matthews Premier League both having a huge impact on the top of the table.

Fairview Rangers have been playing well but will be aware that form goes out the door in a local derby.

If the ‘Blues’ should slip up then second placed Ballynanty Rovers will take top spot if they can beat Janesboro in Pearse Stadium.

The sides met a few weeks back in the Tuohy Cup when a five goal blast from top scorer Conor Ellis saw Balla ease to victory.

A vital game in the promotion battle from McGettigans Premier A League sees Moyross hosting Newport.

A win for the Tipperary side would see them join Moyross at the top of the table so it’s all to play for. Moyross suffered their first League defeat last time out to Fairview B and they will be anxious to get back to winning ways but Newport will be no pushovers.

Athlunkard and Murroe meet, both looking to get back into contention.

McGettigans Div 1A has another couple of games that has a bearing on the promotion race.

The Open Cup is proving highly entertaining this year to date and we have another three games penciled in for this weekend.

Northside host Parkville B, Lisnagry and Wembley Rvs try again after last week’s tie was called off with Rovers holding a 3-1 lead, and Aisling D v Coonagh B makes up the list, 7.00 - L Somers