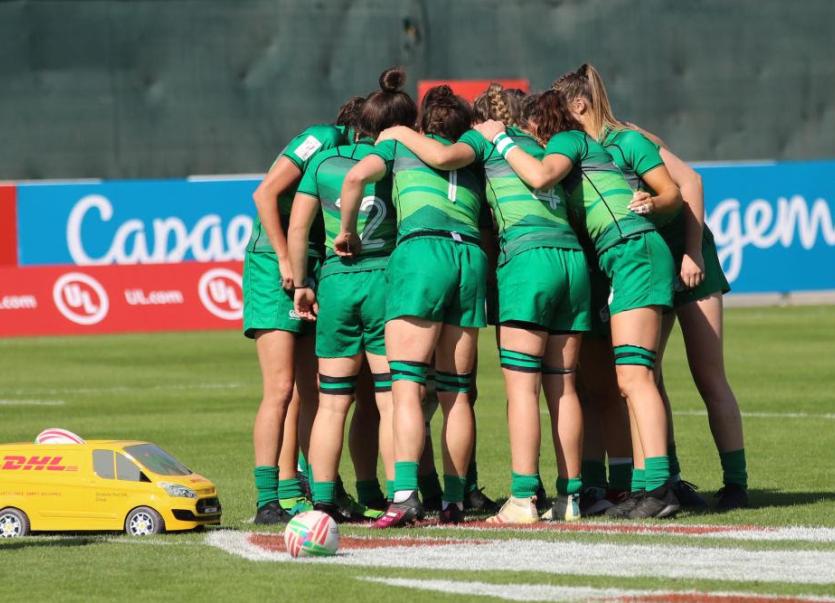 The Ireland Men's and Women's Sevens teams have touched down in Cape Town ahead of the second leg of the HSBC World Rugby Sevens Series December double-header this weekend with Limerick's Greg O'Shea included in the men's panel and UL Bohemians' Louise Galvin named on the women's travelling party.

Following last week's Dubai Sevens, the squads arrived in South Africa on Sunday evening and Anthony Eddy, the IRFU Director of Women's and Sevens Rugby, has confirmed his 13-player panels for the Cape Town Sevens.

The Ireland Men's squad shows one change from their debut appearance as a World Series core team with Ireland Under-20 Grand Slam winner Liam Turner in line to win his first Sevens cap at the Cape Town Stadium.

Turner impressed for the Ireland Men's Development team in Dubai last week and has been called up for this weekend, as Eddy's side, who finished 12th in the season opener, prepare to face Australia, Samoa and Kenya in Pool B.

Ireland Women's Head Coach, Stan McDowell, has also made one change to his squad for Cape Town and the third leg on the Women's World Series circuit as Gorey teenager Kate Farrell McCabe joins the panel.

"Both teams are excited to be in Cape Town and looking forward to the tournament starting," Eddy said.

"Both teams have challenging Pool matches and our execution and accuracy will be vital for them to get the outcome we are looking for."

Ireland Women, who finished 10th in Dubai, have been drawn in Pool C alongside USA, Australia and England, with McDowell's side opening their tournament against the USA on Friday at 2.22pm local time/12.22pm Irish time.

The Cape Town Sevens will be broadcast live on Sky Sports Action and you can keep up to date with the Ireland Men's and Women's progress using the hashtag #Ireland7s and on the Irish Rugby social media channels throughout the week.