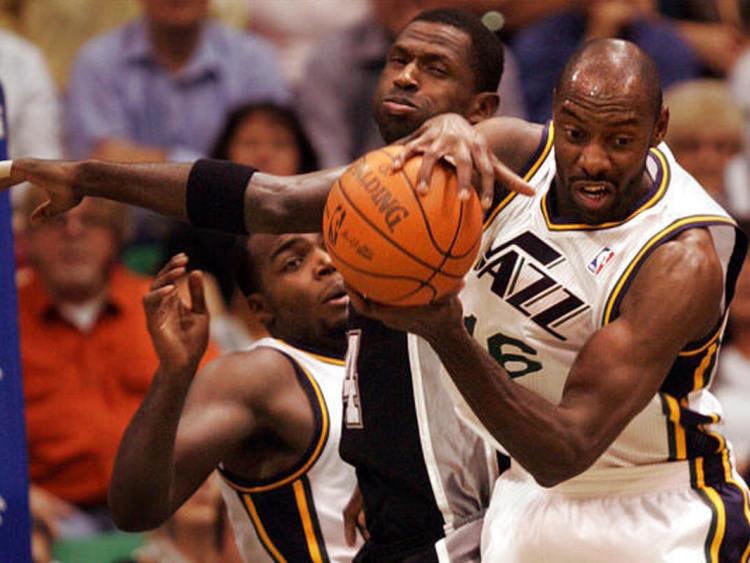 The event is the culmination of this year's Jr. NBA Basketball Ireland league, with the finals featuring the top two teams from each conference competing to be crowned the champions.  Now in its second year, the league features 10 Irish clubs that partnered with local primary schools to create 30 teams, each of which represented an NBA team and received corresponding NBA team-branded uniforms for their games.

This year's ambassador, Elson, played on the Under 20 national team for the Netherlands before embarking on a college career in the USA. In his senior season at the University of California, he helped the team win the NIT Championship. After his successful college career, the Dutch big man was drafted in the 2nd round of the 1999 NBA Draft by the Denver Nuggets. Despite being drafted to the NBA, Elson began his professional career back in Europe with Barcelona, where he won the Spanish title. In 2003, Elson made the jump to the NBA and joined the Denver Nuggets. This began a nine-year stint in the NBA that saw him represent the Denver Nuggets, Utah Jazz, San Antonio Spurs, Seattle Supersonics, Milwaukee Bucks and Philadelphia 76ers. In 2007, Elson reached the top of the NBA, becoming an NBA Champion with the San Antonio Spurs. In the 2007 NBA Finals, his Spurs team swept LeBron James and the Cleveland Cavaliers. During his illustrious NBA career, Elson was teammates with Tim Duncan, Carmelo Anthony, Kevin Durant and Gordon Hayward.

With over 400 children coming to the National Basketball Arena on Tuesday, the seven-foot centre is bound to be a big hit!

For more information about the NBA, fans can visit NBA.com, Facebook.com/NBA and @NBA on Twitter.