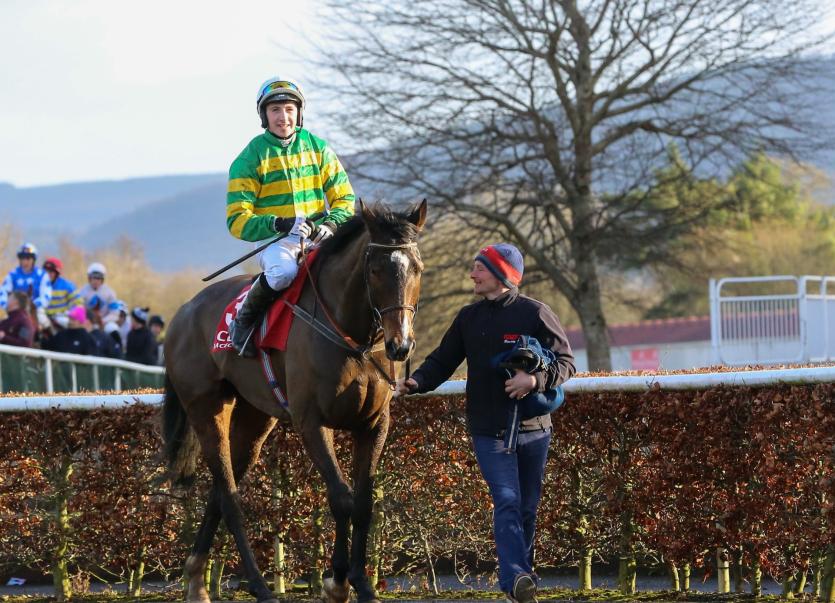 Eric McNamara and his son Conor scored a surprise success when 33/1 shot Donkey Years got the better of 6/4 favourite Fag A Bealach to land the 2m maiden hurdle at Cork on Sunday. The outside led from the third last hurdle and came home seven lengths clear of the market leader and will now go for a winners’ race according to the successful Rathkeale trainer.

Meanwhile, Ballingarry trainer Richard O’Brien and Chris Hayes teamed up to win the 10f maiden at Dundalk on Friday night. To the delight of punters, the pair scored an easy two-length success with the well-backed even money favourite Golden Valour which went clear inside the final furlong to beat the Johnny Feane-trained Bashful Boy for owners Frank Lynch and Michael Hartnett. The winning trainer said, “He’s been running well but he needed to go and do that. We might not be in a rush now. Chris said maybe to allow him to develop as he’s not quite the horse that he can become.” Hayes added “He’s a big baby and got a bit worked up in the gates. He was very keen with me here two starts back and I said to change the bit to a chifney and he hated it. I couldn’t get him to drop his head. He is still a bit fresh and silly and I said to Richard to let that be a confidence booster and give him a nice break for a couple of months over the winter. He’s a beautiful mover and he hops off that surface so I’d imagine on good ground he possibly would get a bit further and could pick up a nice pot.”