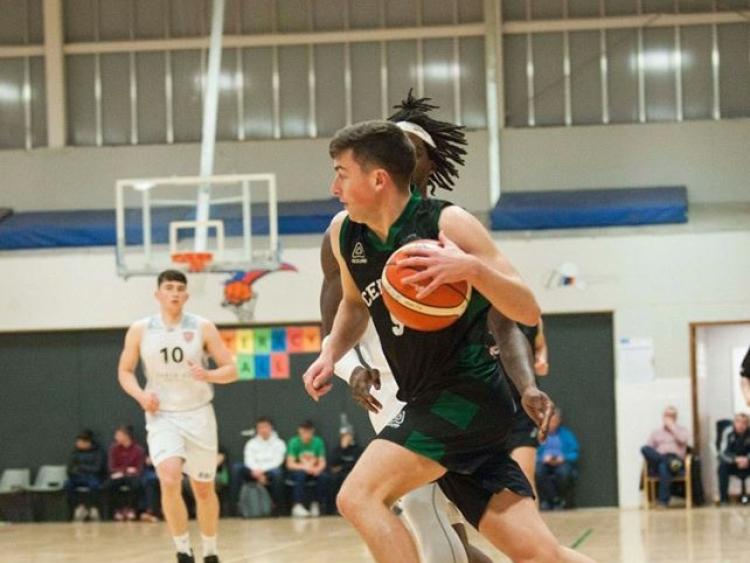 Tradehouse Central Ballincollig remain unbeaten at the top of the table with an 11-0 record after two dominant wins at the weekend. They faced off against Limerick Celtics first on Saturday evening, and dominated from early on with Andre Nation delivering a classy 39-point performance, while Ciaran O’Sullivan (28) and Jack Kelly (11) were also on form for the Cork side. Despite a 30-point game from the hugely impressive Kevin Oberweiser for Celtics, along with another 21 points from Carlos Hortelano, Ballincollig just had too much fire power for the Limerick side and won out 72-91 in the end.

Ballincollig then faced into a tough top of the table derby clash with Fr Mathews on Sunday, but dominated from the very off with a superb offensive display and an even stronger defensive display to see them into a 35-19 point lead at half time. Andre Nation, Steven O’Sullivan and Ciaran O’Sullivan were to the fore throughout as the league leaders controlled the remainder of the game to win out comfortably, 71-37.

Celtics meanwhile travelled to Sligo on Sunday afternoon where they faced Ej Sligo All Stars in a thrilling, high scoring battle. Sligo led the way early on, but a huge push from Celtics in the fourth quarter – thanks to a stunning 53-point game from Kevin Oberweiser - saw them take the lead with just over one minute to go and they pushed on to a dazzling 110-115 point victory.

Looking back to the first game of an action-packed Men’s Division One weekend saw Limerick Sport Eagles host Scotts Lakers St Paul’s Killarney on Friday evening. A strong first quarter from the visitors saw them into an early 9-19 lead and they didn’t look back from there in the first half, driving into a 31-51 point half time lead behind great scoring from Toby Christensen and Michael McGinn. Strong displays from Limerick’s Reece Dupler, Jack Coyne and Mohamed Mohmoud just weren’t enough for the Eagles, as Killarney kept the pressure on throughout the second half to win out 66-84 in the end.

Eagles then had to face second-placed Fr Mathews on Saturday in their second game of the weekend in what proved to be an extremely close affair. A big fourth quarter from the visitors saw them push Mathews the whole way to the final buzzer, but the Cork outfit held on to win 75-70 in the end.  Good scoring from Owen Connolly, Luke O Mahony and Jarvis Pugh for the hosts saw them leading the way by nine at the half, 39-30, but a superb performance once more from Eagles’ Reece Dupler, saw him finish the game out with 28 points, and put the pressure on Mathews down the stretch. They held their cool though and won out by five in the end.

Portlaoise Panthers took home a big road win on Saturday afternoon, running out 77-99 point winners over Ulster University in UUJ. The midlanders were led to victory behind a 33-point game from Kareem Davis. It was the hosts who had the better of the opening quarter though, opening up a 32-20 end of first quarter lead thanks to good scoring from Kadeem Smithen – who finished the game out with 20 points – and Kyle Dixon. Portlaoise dug deep in the second though, and had soon turned the lead in their favour, with Davis leading the way while good work from Mantas Vilimas and Trevor Swayne helped them into a 43-53 half time lead. They continued to push on from there in the second half, and won out strong in the end, 77-99.

It was a case of revenge is sweet for McGowans Tolka Rovers on Saturday evening as they registered their second win of the season, winning out 74-69 over LYIT Donegal.  This was the second time these sides had met in as many weeks, with Donegal knocking Tolka out of the Cup at the quarter-final stage last weekend. Tolka were certainly prepared for them this week though, with Cillian O’Driscoll, Paul Caffrey and Justin Goldsborough all putting in huge displays to help them across the line. Both sides went on to lose out on Sunday though, with Tolka dropping 60-79 to IT Carlow Basketball at home, while LYIT Donegal picked up their second road loss of the weekend, losing out to WIT Vikings, 78-61, in Waterford.

The first game of the weekend saw Portlaoise Panthers welcome Limerick Celtics to St Mary’s hall. The hosts were in strong form early on, opening up a 21-9 point lead at the end of the first thanks to super scoring from Trudy Walker and Sarah Fleming – who combined for a whopping 50 points. A strong second quarter from Celtics, led by Kendall Bradbury and Emily Tinnes saw them fight back strong, but Panthers still held the lead at the half, 36-29. A big third quarter push from Panthers saw Ciara Wheeler bagging some great scores and she, along with Walker and Fleming kept momentum with the hosts down the stretch in the last quarter to see them run out 87-65 point winners in the end.

Trinity Meteors dug deep in the fourth quarter to take home a 61-71 point road win against Phoenix Rockets on Saturday evening. Rockets led the game right up until the end of the third quarter, when Meteors tied proceedings at 45 points apiece going into the last. A big second half in particular from Meteors’ Edel Thornton, Lauren Grigsby and Carolyn Binder saw the visitors edge in front, and they pushed out their lead even further as the clock ticked down to see them grind out a 10-point win in the end in a super battle.

NUIG Mystics also won out at home on Saturday evening, overcoming UL Huskies 80-72 in a cagey affair. Good work from Ailish O’Reilly, Aoife O’Malley and Rebecca Carmody was the difference for Mystics on the night, as they held firm in the face of big pressure from Summer King and Orlaith Woods of Huskies to hold out to win.

Griffith College Templeogue had a resounding 92-46 point win over Fabplus North West at home on Saturday. The Dubliners laid down a firm statement of intent from early on, driving into a commanding 53-18 point half time lead behind good shooting from Lauren Darcy, Lynn Tunnah and Morgan O’Donnell. Despite a stronger second half from Fabplus, the damage had already been done and Templeogue eased home to victory.

Tipperary Knights faced off against Ulster University on Saturday afternoon and rose to the challenge of the Northern Conference leaders in style. Knights pushed Ulster all the way in the first half, with Courtney Strait and Amy O’Brien to the fore. Big scores from Kollyns Scarbrough and Lexi Posset for Ulster University in the second half saw the visitors get some breathing space on the scoreboard and despite a solid display from Knights, Ulster University just had too much in the end and ran out 62-86 point winners.