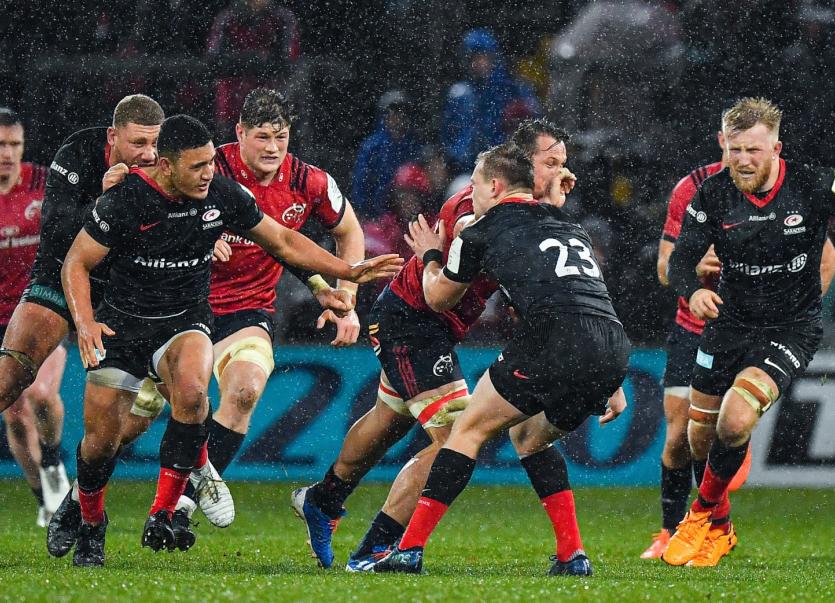 Munster Rugby's Arno Botha has been suspended for three weeks. The Munster Rugby back row was suspended following an independent Disciplinary Hearing in London today (Wednesday, 11 December) arising from his club’s Heineken Champions Cup, Round 3 match against Saracens at Thomond Park.

Botha was sent off by the referee, Romain Poite (France), in the 81st minute of the match for striking the Saracens replacement, Nick Tompkins (No 23), with his arm in contravention of Law 9.12.

The Committee upheld the red card decision finding that the act of foul play was reckless. As contact to the head or neck carries a minimum mandatory mid-range sanction, according to World Rugby’s regulations, six weeks was selected as the appropriate entry point.

There were no aggravating factors, and taking into account the player’s guilty plea and timely expression of remorse, the Committee reduced the sanction by the maximum of 50% before imposing a three-week suspension.

Botha is free to play on Monday, 30 December 2019, and both he and EPCR have the right to appeal the decision. The backrow will be free to play against Ulster in Ravenhill on Friday January 3.