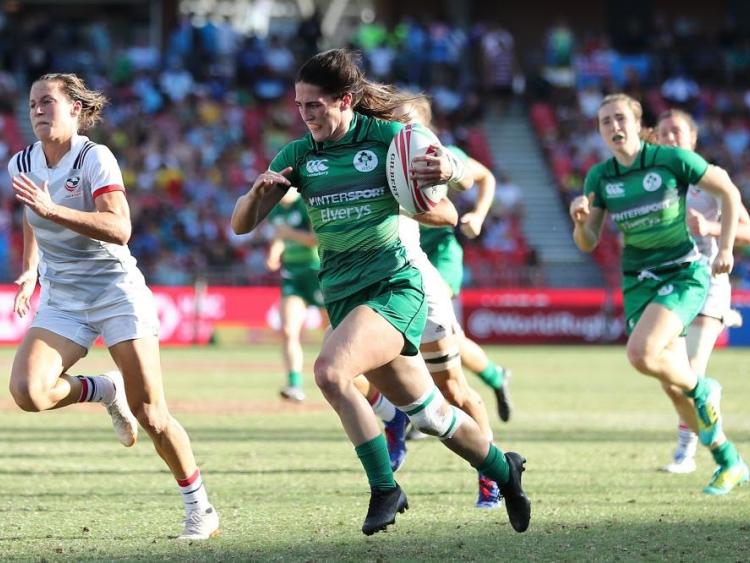 Katie Fitzhenry and Amee-Leigh Murphy Crowe will co-captain Ireland as they travel to Dubai bidding to build on their eighth-place finish at the campaign opener in Glendale last month.

Murphy Crowe, who opened her try-scoring account for the season by crossing four times in America, provides a wealth of World Series experience alongside the likes of Fitzhenry, Louise Galvin and Hannah Tyrrell.

Speaking ahead of the tournament, McDowell said: "We look forward to the challenges of the next competition block, starting in Dubai, which includes back-to-back tournaments running alongside the Men’s series for the first time.

"With this also comes a new competition format with only the top four sides playing six games and the rest playing four, with points difference over the course of the tournament now the deciding factor for a team’s final placing.

"Our preparations have gone well, with the squad focused on putting in a strong performance in our Pool play starting with our day one opponents Spain, who we know well."

The Dubai Sevens is the first combined leg of the 2019/20 season with the Ireland Men set to compete alongside the Women’s team at a World Series event for the first time.

The action will be streamed live via the World Rugby website and you can keep up with Ireland’s progress in Dubai using the hashtag #IreW7s and on the Irish Rugby social media channels throughout the week.