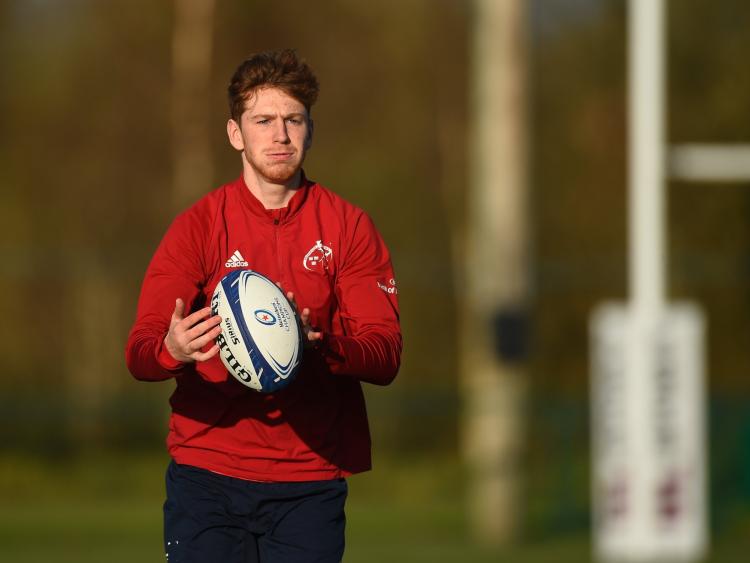 The Munster team to face Edinburgh at Irish Independent Park on Friday night in the Guinness PRO14 has been named by Head Coach Johann van Graan and shows 15 changes from the side that drew with Racing92 last weekend.

In the front row, Stephen Archer starts on his 200th Munster appearance as the prop becomes just the 11th Munster man to reach the landmark. UCC's Jack O’Donoghue captains the side with 11 of the starting XV products of the Greencore Munster Rugby Academy.

Shane Daly starts at full-back with Calvin Nash and Alex Wootton named on either flank. Dan Goggin and Sammy Arnold partner up in the centres with Nick McCarthy in the half-backs alongside Healy.

Liam O’Connor, Rhys Marshall and Archer pack down in the front row with Fineen Wycherley and Darren O’Shea in the engine room. O’Donoghue, Tommy O’Donnell and Arno Botha complete the side.

Club captain McInally starts at hooker and makes his first appearance of the season, while Watson is once again fit following an injury sustained against Ireland in the opening match of the Rugby World Cup in Japan.

The returning duo are the only additions to the capital side as Head Coach Richard Cockerill names an otherwise unchanged starting XV for tomorrow night’s match against the Conference B leaders in Cork.

Ahead of the fixture, Cockerill, said: “It’s great to have Hamish and Stuart back representing Edinburgh Rugby. They are both special players who are match winners in their own right. It's a big boost for the club to have them once again available for selection.

“We are looking for a reaction after dropping points at home against Bordeaux last weekend, and the squad will be hungry to put in a quality performance against a very tough opposition in Munster.

“We are certainly under no illusions. Munster are the Conference B leaders who have a great home record. However, we’ve selected a very experienced side that travels to Cork with plenty of confidence.”

An unchanged back-three sees Blair Kinghorn – a try-scorer in last weekend’s draw with Bordeaux-Begles – named at fullback, with wingers Duhan van der Merwe and Eroni Sau continuing on opposite flanks.

Scotland centre duo Matt Scott and Mark Bennett once again link-up in midfield, while stand-off Jaco van der Walt - who passed the 250-point mark for the club in last weekend’s European tie – and skipper Henry Pyrgos are selected at half-back.

McInally returns at hooker and packs down alongside Pierre Schoeman and Pietro Ceccarelli in an otherwise unchanged front-row, with club centurions Ben Toolis and Grant Gilchrist both selected in the second-row.