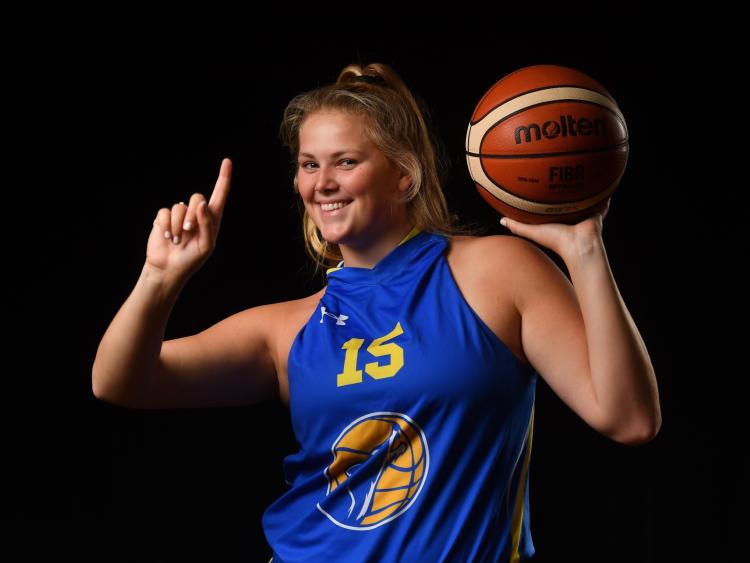 It’s Hula Hoops Cup quarter-final weekend across all four divisions this weekend with a number of big clashes in store around the country, with Limerick's UL Huskies flying the flag for the county when they face Team Tom McCarthys St Mary’s at the PESS Building at 5pm on Saturday.

It’s crunch time in the Women’s Hula Hoops Paudie O’Connor Cup this weekend, with four big quarter-finals battles getting underway around the country.

With reigning champions, Leixlip Amenities Liffey Celtics knocked out of this year’s competition, a new name will be etched on this year’s Cup and the competition is seriously heating up. 2018 National Cup champions, DCU Mercy, will be hoping to take a step forward on to the semi-finals in Cork this season, but face a tricky test in IT Carlow Basketball in their quarter-final showdown this weekend. Despite the fact that DCU sit top of the table with a 7-1 record, Carlow have been improving week on week, and Americans Kaitlyn Slagus and Alyssa Velles in particular have been causing other teams big problems. DCU will need to lock these both down in order to march on to the next round.

Elsewhere, there’s a big clash in Clontarf as Pyrobel Killester welcome Fr Mathews. Killester come into the game off the back of an extremely tough loss at the hands of Glanmire in the league last weekend, but will be hoping their strong home form will be enough to help them edge out Mathews this Saturday evening.

Speaking of Glanmire, one of the big match ups of the weekend sees them facing off against old rivals Maxol WIT Wildcats in Cork. This is set to be a tough battle for both teams, with Glanmire’s Shrita Parker one of the most on-form players in the country at the moment, while Wildcats’ Stephanie O’Shea and Debbie Ogayemi have been in strong form of late. The last quarter-final clash of the weekend is the meeting of Marble City Hawks and Singleton SuperValu Brunell in Kilkenny. Hawks may be without a win so far this season, but will be hoping that they can do enough at home to trouble a Brunell side whose form has been somewhat inconsistent to date this season.

In the Hula Hoops Pat Duffy National Cup, one of the stand out clashes is the meeting of reigning league champions Garvey’s Tralee Warriors and reigning Cup champions Pyrobel Killester in Tralee on Saturday evening.

This is set to be big battle as there have been some interesting results between the two teams over the last few seasons. Killester knocked Warriors out at the semi-final stages of the Cup in Cork last season and went on to win out the competition. Just last month though, Tralee won out over the Dubliners 63-91 in Clontarf in the league – a result the reigning Cup champions will be hoping to reverse this weekend when they travel to Tralee for the hugely anticipated rematch.

Killester come into the game off the back of a disappointing loss against Griffith College Templeogue in the league last Saturday to bring their record this season to 5-5. Despite carrying some injuries, the Dubliners will be hoping to bounce back strong this weekend and will need to be in top form to overcome Warriors at their home court.

Looking ahead to the game, Killester’s Brian O’Malley stated: “We’ve been very inconsistent to date – we’ve had some good results and then other games where we haven’t been at the races. We played Tralee in the IWA a few weeks ago, and they comprehensively won the game. Obviously, our injuries are far from ideal, but it’s National Cup, so whoever is fit we just have to run with it and give everything we have – it will take nothing less.”

Tralee meanwhile sit joint top of the league table with a 7-3 record so far this season, but they certainly won’t be taking anything for granted against Killester this weekend, and will need to improve on their opening quarter performance from last weekend (which saw them trailing Lions 31-13), in order to keep Brian O’Malley’s charges at bay. Tralee’s Pat Price stated: “Killester will be a huge task for us this weekend, as evidenced in last year’s semi finals. They’re a well coached, experienced side who have now bolstered their line up with two terrific signings. We’re going to have to play very well from the tip to get past the defending Cup champions.”

In the other quarter-finals meanwhile, one of the other big showdowns of the weekend sees the meeting of Belfast Star and DBS Éanna in Belfast on Saturday evening. The sides have met in the league already this season, with Belfast Star taking the win on that occasion. Star also boast a clean record in their home court so far this year, but will need to be on top form to keep a strong Éanna side at bay. Elsewhere, Templeogue will be hoping to avenge their recent league loss to Moycullen when they host the Galway outfit in the big knockout clash this Saturday evening, while DCU Saints and Coughlan C&S Neptune face off in the last quarter-final showdown.