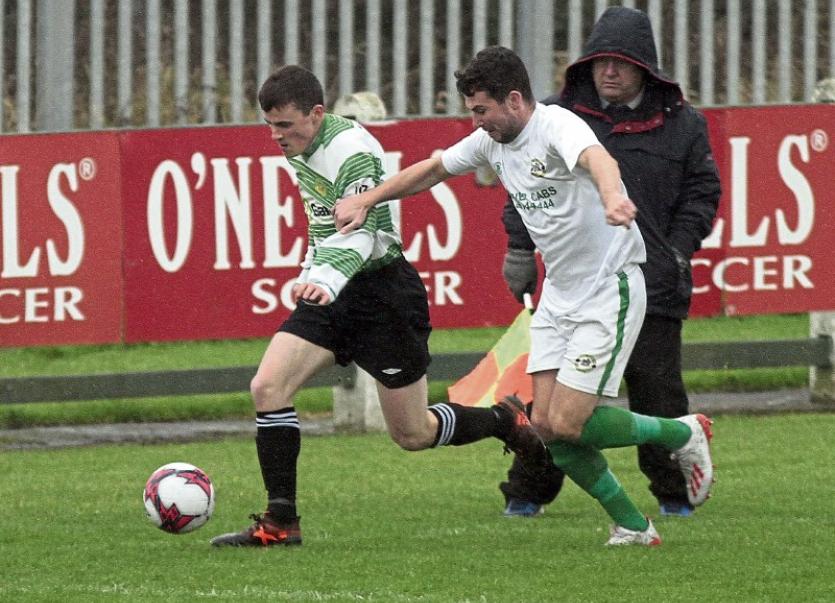 Limerick’s five remaining teams in the FAI Junior Cup are in action on Sunday vying for a place in the last 32 of the coveted competition.

The allure of the tournament seems to have erased the farce of last season from the collected minds of Limerick sides and the hunger is as strong as ever in search for National glory.

Three sides, Pike, Fairview and Coonagh are favoured with home advantage but Newport and Regional Utd are on the road.

Pike Rvs, one of bookies favourites for the competition, welcome Newcastle West Town from the Desmond League. The county side will be underdogs but as many of the Pike lads learned with the Oscar Traynor side, taking the Desmond League for granted can prove costly.

That said Pike are in fine form and if they have the right approach should be in the hat for round six.

Fairview Rangers, no strangers to success in this competition welcome Cork side Castleview to the Fairgreen. The visitors ply their trade in the equivalent to our Division 1B so Fairview will be strong favourites. Despite the shadow of the MFA objection hanging over them, the Blues will be focused enough to push on.

Coonagh Utd will relish the chance to represent the League in the open stages of the tournament. They welcome Finglas Utd from the Leinster Senior League.

Coonagh were poor last weekend when going down to Mungret and will be looking for a big improvement. They have the players to continue their run and I expect them to do it.

Newport face a short trip to meet another Desmond League side in Carrig Celtic. The county Limerick side have not had an impressive start to their season but cannot be taken for granted.

Newport have assembled a very impressive squad including former FAI winner Dave Ryan. With plenty of goal scorers in their ranks you feel the LDL will have another representative in the last 32.

Last up are Regional United. The Dooradoyle club were denied a semi final berth last season in a manner that did few favours to the FAI but they have regrouped and have a neat side challenging this season.

They travel to meet Leinster Senior League side Willow Park and while little is known of the opposition you can be assured they are more than capable. They regularly appear in the latter stages of the competition so will prove a formidable challenge for the Limerick side.

In the PJ Matthews Premier league Kilmallock and Prospect meet in a relegation six pointer while Nenagh could also do with a few points when they host Janesboro.

The Open Cup kicks off this weekend with glory on offer for teams from the last three Divisions. This competition always proves fierce competitive and this year should be no different.

There are two games up for decision in the FAI Youth Cup. Fairview travel to Tipperary side Peakville while Murroe host Aisling.

In the Premier A League, leaders Moyross can open further distance from the chasing pack if they can beat Fairview Rgs B while in Division 1A, a rest day for leaders Castle Rvs gives Hyde Rgs, Patrickswell, Southend and Kilfrush a chance to close the gap and keep the pressure on.

Tomorrow (Thursday) the Tuohy Cup continues with an exciting tie on offer.

Ballynanty Rvs, smarting from their exit in FAI and MFA Cups return their attention to local fare and the come up against Janesboro, another side whose main hope of silverware this season would be the Tuohy Cup. The game has a 7.00pm kick off in Jackman Park.