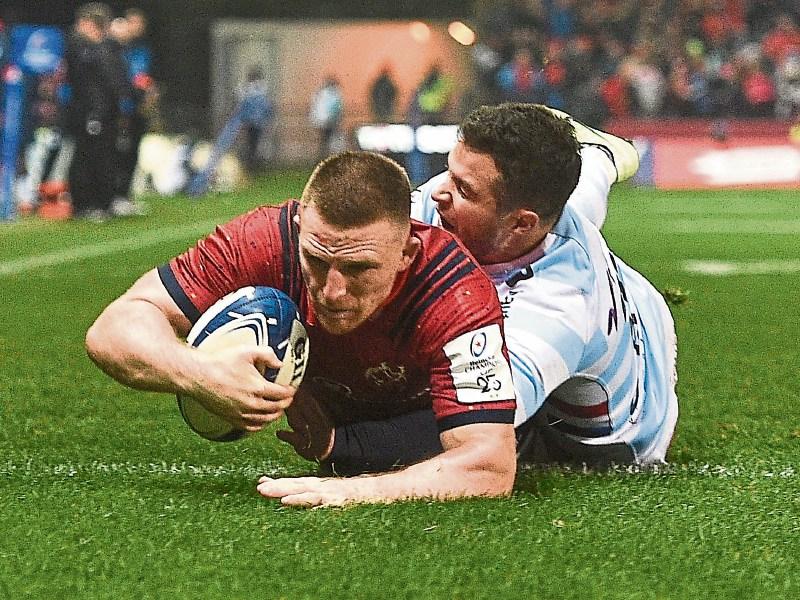 IT’S fair to say that the club rugby season had been a slow burner for a good chunk of Munster supporters prior to last weekend.

The Rugby World Cup dominated the landscape through the opening months of the Guinness PRO14 season and there was something of a hangover around in the wake of Ireland’s tame exit from the competition.

Of course the province’s die-hard supporters were out in force for the opening home games of the Pro 14 against the Dragons, Ospreys and Ulster.

However, the start of the Heineken Champions Cup has seen interest in Munster among the province’s more casual supporters crank up several notches.

It was great to see Thomond Park hopping for Saturday night’s fixture against star-studded Racing 92.

The biggest cheer prior to kick-off was reserved for ex-Munster player Simon Zebo as he made his way out on the pitch to begin the warm-up. Zebo’s still held dear by Munster fans.

Both the full-back and Donnacha Ryan got a nice, warm reception as they made their way off the pitch at full-time.

It’s great to have big-time club rugby back at Thomond Park. The place should be rocking for the visit of Sarries’ on Saturday week.