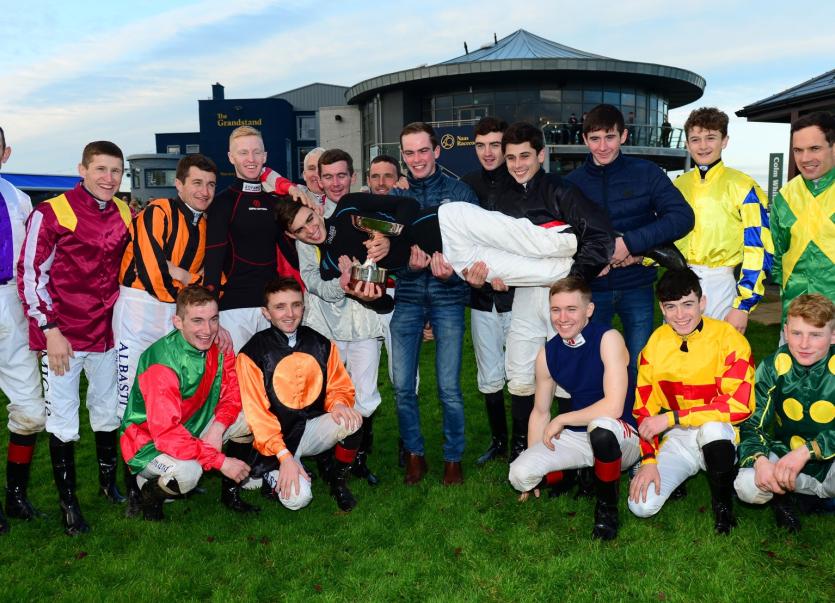 Chris Hayes made it six wins on the Hilary McLoughlin-trained Count Of Carabass when scoring a battling success at Dundalk on Friday night. He got the 10/1 chance home by half a length from the Damian English-trained Alfirak and is the only jockey to have won on the eight-year-old, the pair landing their first success together at the Listowel festival in 2014.

Two-time champion jockey Donnacha O'Brien is to concentrate on a training career after he announced his retirement from the saddle on Sunday evening. The youngest of Aidan O'Brien’s four children, Donnacha is to follow his father and brother Joseph into the training ranks just three weeks after winning his second jockeys’ championship. Donnacha was just 16 years of age when he rode his first winner at Dundalk in September 2014 on Quartz, trained by his father. His last winner was Nobel Prize at Naas at the beginning of the month. He said, “After thinking about things for a while I have decided to concentrate on training next year. Riding has been very good to me and I owe everything to the people around me. I want to give special thanks to the Magnier, Smith and Tabor families along with my own family for all their support. I look forward to training a small group of horses next year and will hopefully build from there.”