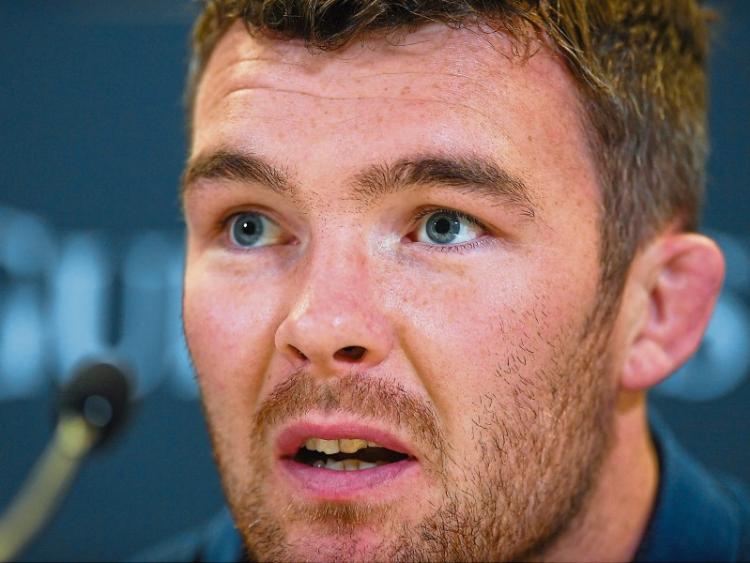 MUNSTER captain Peter O’Mahony felt his side had been somewhat flattered to secure a draw against a hugely impressive Racing 92 side.

O’Mahony said he did not feel the home side had played well enough to win their round two Champions Cup fixture at a sold-out Thomond Park.

O’Mahony said: “Around 50 minutes we shouldn't have been next to or near a draw and then with 10 minutes to go, we could have won it.”

”We're never a team to roll over, particularly not at home and we ground out the two points, which will stand to us.

“I don't think we played well enough to win the game, to be totally honest with you. We played some very good rugby but some mental lapses defensively cost you against teams like that.

”I thought they played really well and we played some really good rugby as well but overall, it probably flattered us a bit getting the draw with the way they played and the overall way we played. That would be my gut feeling.”

O’Mahony was pleased with the resilience the side had showed in the face of an imposing Racing 92 display.

The Munster captain added: “It was great. Around 50 or 52 minutes, we were on the ropes and we stuck at it, stayed at it, showed up defensively in important moments, got the ball back with a couple of big plays and got ourselves down there.

”We're never a team to roll over, particularly not at home and we ground out the two points, which will stand to us.”

The Munster captain said departing scrum-half Alby Mathewson had been a standard setter for the squad since his arrival at Munster 15 months ago.

O’Mahony said: “Alby has contributed from the moment he arrived to his last game. I spoke about him inside, he was a standard setter from the minute he arrived, training-wise, competitive-wise.

“He's a good guy to have around the squad, good around young fellas, good to sit and have a chat with, just a good person. He fitted in incredibly well and we're very grateful for his effort and we'll be sad to see him go.”

O’Mahony admitted that failing to win a home game in Europe is ‘not ideal’ but Munster had found themselves in a similar position in the group after two rounds of games in recent years.

"It's not ideal. We want to win at home every time we play here, certainly, but we have been here the last couple of years we have been in much the same position. The bonus point last week could be really important to us.”