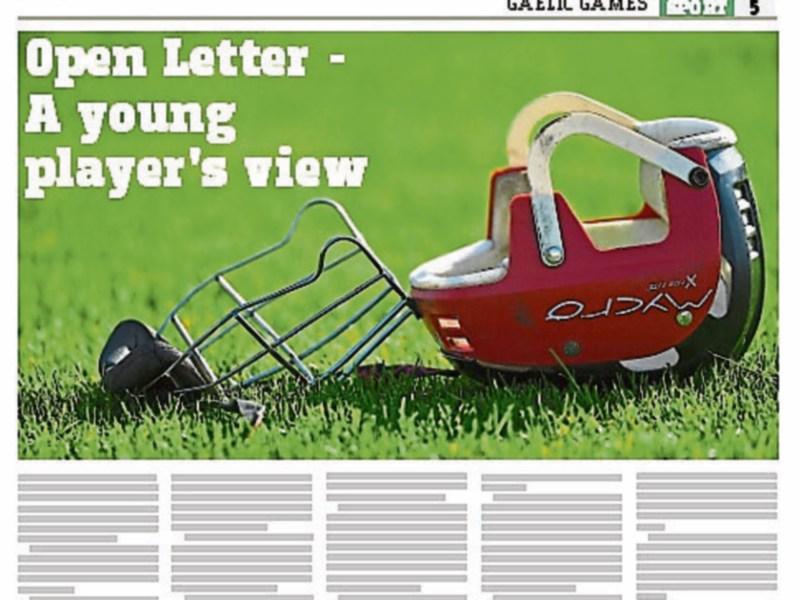 Last week, in the Limerick Leader broad-sheet edition we ran a letter from a 14 year old hurler. Judging by the number of views online, you read it.

The letter was about how the young Limerick man had been affected by the negative environment created at his local hurling club.

The player had fallen out of love with the game of hurling and had decided to stop playing.

The responses to the letter were amazing. Thousands of people showed their support on social media, while more wrote to me personally, asking for their words of support to be passed on to the player.

More importantly, adult coaches have been in touch to admit they will be changing how they coach. Adding that they will be looking to play everyone in every match, while also admitting that sometimes they too have been guilty of putting the result ahead of the players themselves.

In a World where we put more and more pressure on elite players to perform, we must all be careful not to ask young people to be ‘adult like’ too soon in their lives.

The author of this letter has done us all a favour. He has held a mirror up to us all and even though some people might not like what is looking back at them, it has allowed all of us, adults, to take stock.

The sad thing is, it took a 14 year old boy to give us some perspective.