Munster Rugby to top the bill at 'Milano Rugby Week' 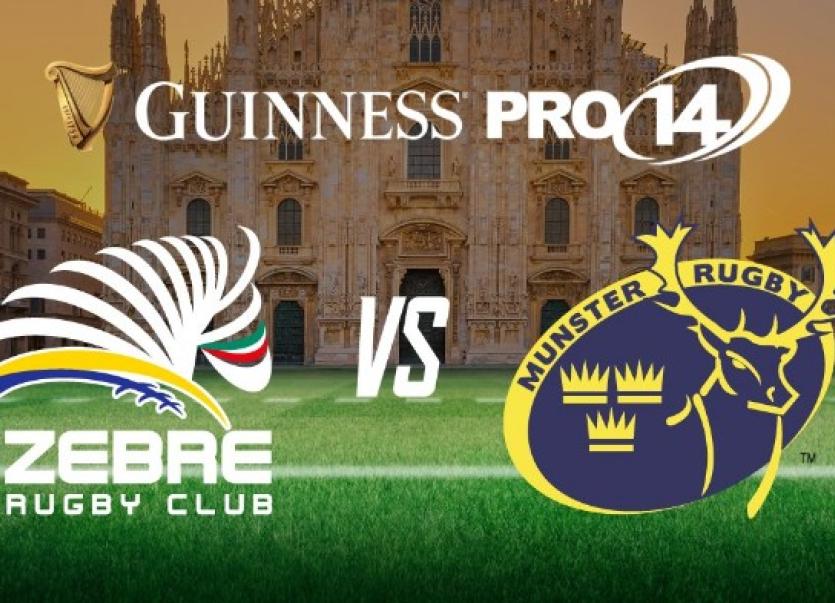 An international weekend of rugby is coming to the metropolitan city of Milan and Munster Rugby are to top the bill. The three-day rugby event, "Milano Rugby Week", will start on Friday February 21 2020 with Round 12 of Guinness PRO14 between Zebre and Munster kicking things off.

The location for the occasion will be the "Giovanni Mari" Stadium in Legnano, a 5,000-seat facility that saw the debut match of the Six Nations U20 between Italy and Wales in February 2017.

The weekend of celebration will end on Sunday February 23, when the pitch of the "Mari" Stadium will host Round 3 of the Womens Six Nations – Italy v Scotland.

Eleven years after the test match of the 14 November 2009 between Italy and All Blacks, Milan is ready to welcome the Guinness PRO14 for the first time. The main partner of the event, together with the digital media Rugbymeet, is Parabiago Rugby - an important sports company in Milan with more than 500 members and which forms a large part of the Zebre Family.

Zebre Rugby Club CEO Andrea Dalledonne added: "Playing a game in the context of Milan is for the Zebre Rugby Club and Italian rugby an important test that, despite the many difficulties of organizing a match in a stadium away from Parma, allows us to approach the most important Italian city and to show that rugby can return to being a sport that deserves the audience and attention that had in the past and that must return to have.

"I would like to thank the Municipality of Legnano, the Parabiago Rugby and Rugbymeet for accepting this challenge. We know that we will be followed with great attention by the organizing committee of the tournament and other important Italian and European cities."

Tickets for the two challenges are on sale on the Ciaotickets circuit, on the Ciaotickets.com website and in the almost 1000 points of sale throughout the country. In addition to the single game ticket you can also buy the combo formula for both games at a reduced price.