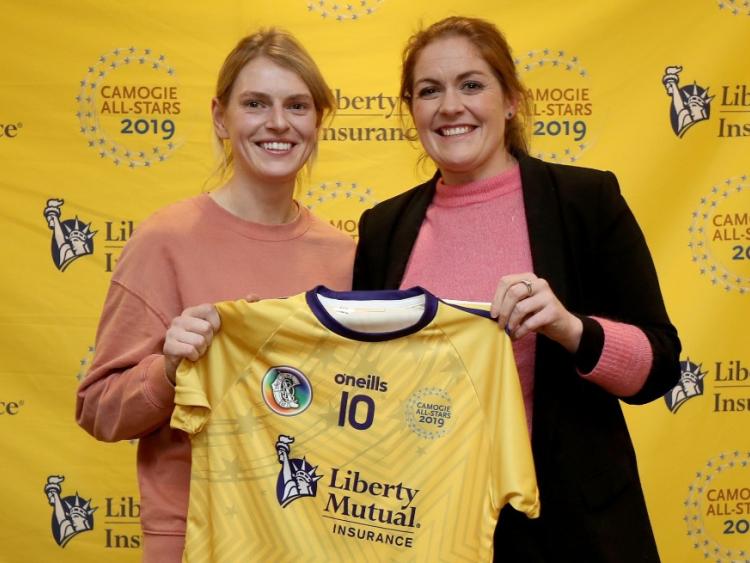 LIMERICK All-Star Niamh Mulcahy jetted out to the US this Thursday as part of the Liberty Insurance Camogie All-Stars Tour to New York.

The Ahane star, who was honoured as an All-Star for the first time last month, is part of a 30-strong panel of players that departed from Dublin.

The long serving Limerick scoring ace was also part of the touring party in the inaugural Liberty Insurance Camogie All-Stars Tour to Madrid in 2017 - receiving a call-up as she was an All-Star nominee that year and others werern't in a position to travel.

There was a special ceremony on Wednesday night in Dublin's Maldron Hotel, where all players were presented with a special jersey by former Irish rugby international Fiona Coghlan.

The centrepiece of the New York tour is an exhibition match between the All-Stars of 2018 and 2019 at the celebrated Gaelic Park in The Bronx on Saturday.

The good news for supporters in Ireland and the rest of the world is that they will be able to view all of the action live, thanks to a stream that will be shown on Liberty Insurance’s Facebook page.

The game will be 12-a-side, where rolling subs will be allowed, and comprising two 25-minutes halves.

During the Tour, players and officials will also take the opportunity to engage with the Irish community in New York, thanks to the organisation of New York GAA including refereeing and coaching courses being laid on for the local Camogie community.

Consul General of Ireland, New York Ciarán Madden will host a reception for the party in the Irish Consulate on Friday night, the group having visited Ellis Island and the iconic Statue of Liberty earlier in the day.

On Saturday, the players will have a puck-around in Central Park, which is sure to spark quizzical and appreciative reactions. And just as in Madrid, the natives and ex-pats will be encouraged to join in.