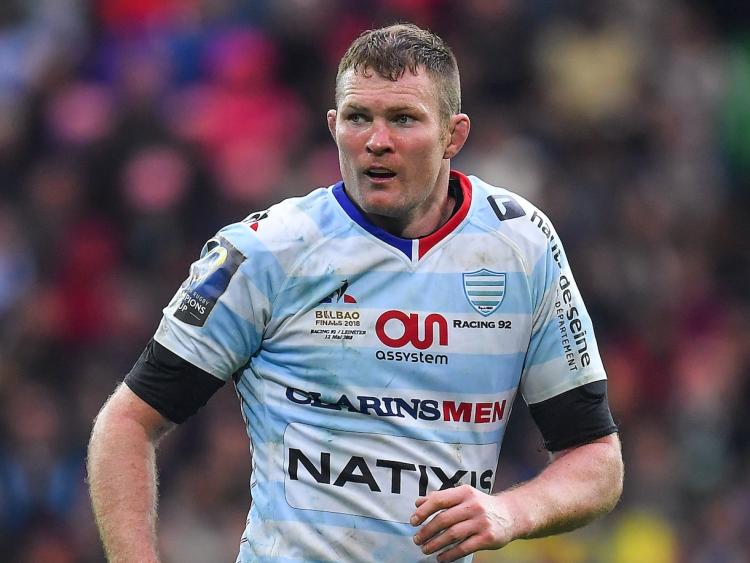 Donnacha Ryan could only shake his head at his Paris base on Saturday evening and salute his native province as he watched Munster grind their way in for a bonus point in the dying moments of their win over Ospreys.

Many of the faces, both coaches and players, have changed in the dressing room since he left for France over two years ago but he felt that the finish in Swansea on Saturday evening was just pure Munster DNA.

So, as he prepares for his match back in Ireland since he left in the summer of 2017, he knows what awaits him and his Racing 92 teammates at Thomond Park as he lines up against a side he played 167 games for in 13 seasons.

The Tipperary man has played twice against Munster since making the move, winning a pool game in Paris and then the Champions Cup semi-final in Bordeaux later in his maiden season.

But having played 47 games in the Heineken Champions Cup and having won the competition with Munster in 2008, he knows Thomond Park on one of these winter evenings will be rocking and that the crowd would love nothing more than getting one over on the galácticos from Paris.

“I didn’t play there two years ago. I broke my neck so I missed the first game but it will be interesting now if I get selected. It will be strange in a way but I’m looking forward to going back and seeing the lads.

“But things move on. There have been a lot of changes there. I watched them against Ospreys. It was great, seeing what they did in the 82nd minute it was real Munster of old.

“Some things just never change. It was fantastic watching it. It is great, it just goes to show cool heads and good belief. That is what Munster are really good at, cup rugby,” said Ryan.

He is one of the elder lemons in a star-studded squad, with his superb lineout work giving Racing 92 a huge edge. He will be 36 next month and is showing no signs of slowing down.

He went over on a two-year contract with an option of a third year. Racing put another two-year deal in front of him last season and just asked him to keep doing what he was doing.

Ryan is enjoying his rugby in Paris. The mind-blowing indoor La Defense Arena, with his blaring music, lights show and twenty or thirty thousand fans rocking in shirtsleeves on a winter’s day as if they were at a concert, is about as far removed from the Nenagh Ormond club that he first learnt the skills of the game.

But Ryan takes it all in his stride. It is clear from the way he is greeted post-match by everyone, including club owner Jacky Lorenzetti, that he is hugely popular and Ryan says the club are determined to be successful both in the Top 14 and Europe.
“Yeah, we do, absolutely. They take every game very seriously here. You are considered a big team and expected to perform in whatever competition.

“We have had a really tough start to the Top 14. We have been going since first week in August now. Unfortunately, we haven’t been doing that great in the league. We had around a dozen away at the World Cup.  We got a bit of confidence against Stade Francais last week and it was nice to get over Saracens to kick-off the Heineken Cup. But we know Saracens were very depleted,” added Ryan, who was capped 47 times for Ireland but wasn’t considered once he left for Paris.

The arrival of Simon Zebo just over a year ago brought a familiar face and another followed this summer when Mike Prendergast, the former Munster scrum-half, moved across Paris to take over as attack coach and bolster a burgeoning coaching career with his fourth French club.

“We didn’t know what sort of game Saracens were going to play but Mike called it perfectly and made us concentrate on our own game. To be fair, he was dead right.

“We did a really good job in the lineout as well. The scrum was really good. Mike has done a great job with our attack, with break down stuff as well. It has been really good.
“He has been great. It is difficult as well because he is coming in with new ideas. He is trying to up-skill the lads as much as he can as well. It is very exciting for him and great to have another Irish voice knocking around,” added Ryan.