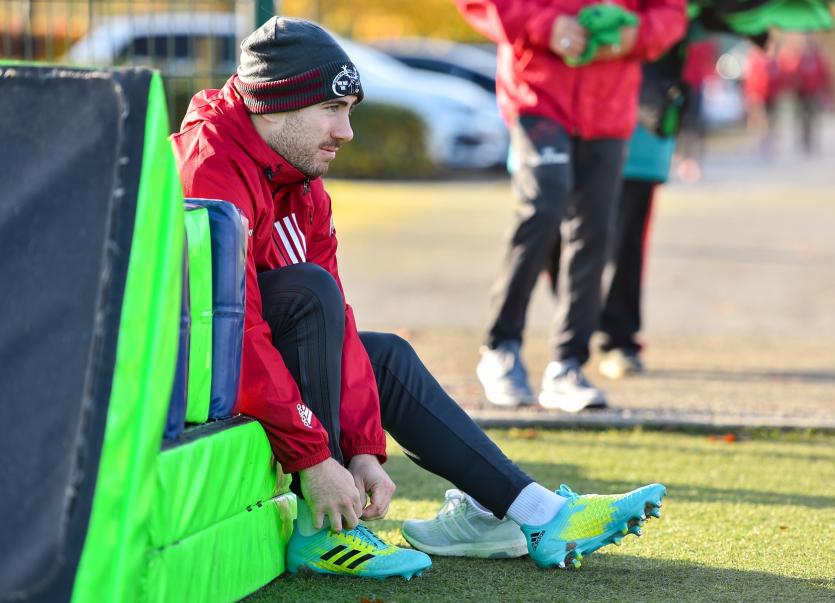 The Munster squad have been training at the HPC since Monday ahead of Saturday’s big Champions Cup clash against Racing 92 at Thomond Park (5.30pm) On the injury front, out-half JJ Hanrahan and hooker Rhys Marshall will be re-integrated to training this week, which will serve as a boost to Johann van Graan's side.  However the quintet of Chris Cloete (RTPP), Dave Kilcoyne (calf), Joey Carbery (ankle) Ciaran Parker (calf) and Darren Sweetnam (hamstring) have once more been ruled out through injury.

In squad news, the province confirmed yesterday that Saturday’s clash against Racing 92 will be Alby Mathewson’s final game at Munster with the scrum-half departing after making a big impact since joining in August 2018.