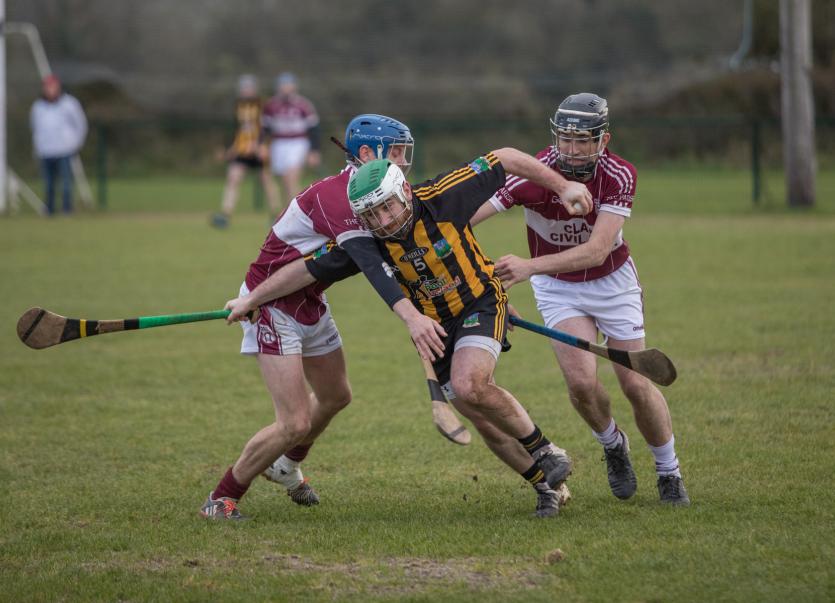 GARRYSPILLANE booked their place in the Munster club Junior B Hurling Final with a 1-16 to 1-11 semi final win over St Josephs Doora-Barefield.

The Bouncers now await the winners of next weekend's semi final between Castletownroche (Cork) and Drom & Inch (Tipperary) in the provincial final of the junior B competition that is run by Killeedy GAA club in Raheenagh.

The Munster final place also ensures an All-Ireland semi final spot for the men in black and amber.

The Limerick champions were 1-9 to 0-10 ahead at half time thanks to 25th minute goal from Kevin Meade.

Garryspillane had a return of six pointed frees from Danny Hayes and three fine points from play from Micheal O'Donnell in that opening half against the Clare champions.

Doora-Barefield were 0-6 to 0-2 ahead after 12-minutes with Niall Deloughrey and Barry Millane leading their scoring.

The sides were level twice in the half with Garryspillane ahead for the first time in the 23rd minute at 0-8 to 0-7.

In the second half, Doora-Barefield were to score just twice - both from Damien Kennedy.

Kevin and Stephen Meade had early points as Garryspillane moved 1-13 to 0-10 ahead after 11-minutes of the restart.

It was the 16th minute of the half before Doora-Barefield scored but that Kennedy goal brought the men in maroon back within a score of Garryspillane.

But a ninth pointed free from Hayes and a fine effort from the impressive Ciaran Sheehan settled Garryspillane nerves during the eight minutes of justified injury time.