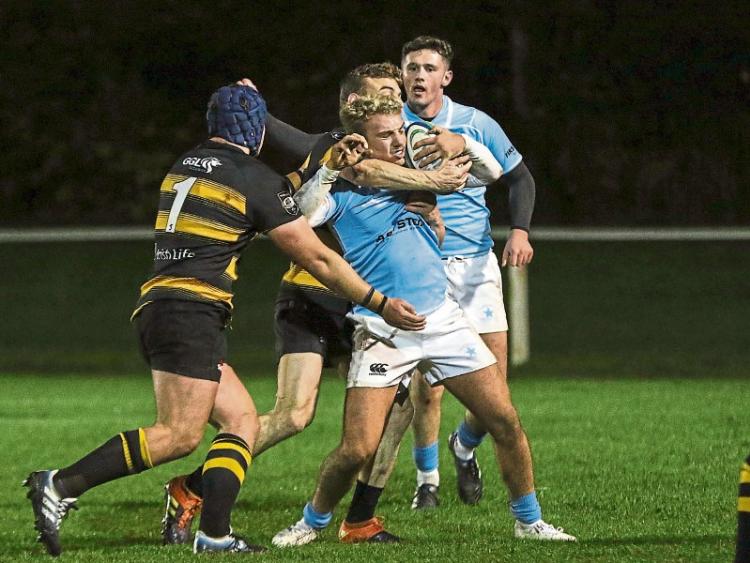 THE first third of the Energia All-Ireland League season will be completed this Saturday with the six Limerick senior clubs all facing crucial fixtures.

In Division 1A, Garryowen will be looking to make it three wins on the bounce when hosting Clontarf at Dooradoyle, 2.30pm.

Garryowen, on the back of successive victories over Ballynahinch and most recently, a 19-13 success over local rivals Young Munster, currently sit in fifth place in the top flight table, one place and two points above ‘Tarf.

Meanwhile, Young Munster will be anxious to bounce back from the frustration of their home derby defeat to Garryowen on Friday night last when making the trip to the Aviva Stadium to take on eighth-placed Lansdowne.

Munsters’ are yet to win a game in Division 1A this season and currently prop up the table on six points, one less than ninth-placed Ballynahinch and two worse off than Saturday’s opponents Lansdowne.

The Greenfields’ looked well place to record their first win of the campaign last weekend when leading Garryowen 13-3 into the third quarter on Friday night. However, the concession of 13 unanswered points over the remainder of the game ensured the home side had to make-do with taking just a losing bonus point from the fixture rather than the four on offer for a win.

In Division 1B, third-placed Shannon will be looking to make it four wins in their last five fixtures when making the trip to Forenaughts to take on Naas this Saturday, 2.30pm.

Shannon bounced back to winning ways in impressive fashion on Saturday when scoring an exciting 26-12 bonus point win over City of Armagh on Thomond Park’s back pitch.

Shannon forwards coach and former Munster prop Mike Storey said: said: “It was a very tough game as you would expect. Armagh are a good team.

“We were lucky to be ahead at half-time and second half we did enough to close it out. We’re excited, happy with it.”

In Division 2A, Old Crescent, currently fifth in the table, make the long trip to Hatrick Park to take on high-flyin Rainey Old Boys.

That win came on the back of two defeats to MU Barnhall and Cashel.

Also in 2A this Saturday, UL-Bohemian, boosted by their first win of the season recorded against Nenagh Ormond on Friday night, travel to Dubarry Park to take on Buccaneers this Saturday.

The Red, Red Robins moved off the bottom of the 2A table following their hard-earned 21-18 win over local rivals Nenaghon the 4G rugby pitch at ULs North Campus.

Saturday’s opponents Buccs’ sit just one place above the Annacotty side in the league table.

In Division 2C, Bruff, who sit in a lofty third place in the tbale, make the long trip to Thomas Mellon Paying Fields to face Omagh, a side sitting one place and one point below them in the table.

Bruff will look to get back to winning ways after losing at home to Skerries on Saturday.