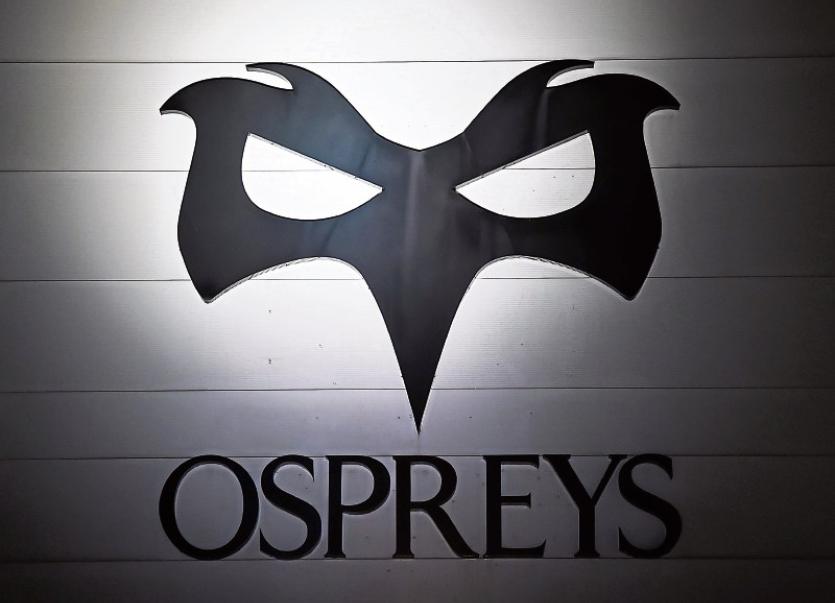 MUNSTER kick-off their Heineken Champions Cup campaign in the ‘Pool of Death’ this Saturday when the two-time winners travel to Swansea to face an out-of-sorts Ospreys side, 5.30pm.

This will be Munster’s 175th fixture in the Heineken Champions Cup over the now 25 year history of the competition.

In a pool that also includes competition holders Saracens and French heavyweights Racing 92, Munster will be anxious to get their campaign off to a positive start this weekend.

Munster have not lost an opening round fixture in Europe since the 2013/2014 season, their record including three wins and two draws most recently against Castres and Exeter.

On the back of five wins from their opening six Guinness Pro14 fixtures Munster will face the Welsh region in confident mood.

In contrast, the Ospreys have made a very poor start to their Pro 14 campaign, losing five of their half a dozen outings to date, including a shock home defeat to the Southern Kings last time out.

Johann van Graan’s charges must do without the services of the injured duo of prop Dave Kilcoyne and flanker Chris Cloete for this weekend’s game which is live on BT Sport.

Munster are also fretting on the fitness of their in-form out-half JJ Hanrahan, who picked up a hamstring injury in the Pro14 interprovincial win over Ulster on Saturday last.

Head coach van Graan admitted this week that Hanrahan’s chances of facing the Ospreys were ‘slight’.

Highly rated out-half Ben Healy became the third member of the Munster Academy to be included in  the province’s Champions Cup squad ahead of Saturday’s competition opener away to Ospreys.

Healy, who captained Glenstal Abbey to their first ever Clayton Hotels Munster Schools Senior Cup title in 2018, plays his club rugby with Garryowen. He helped the Ireland U20s to the Grand Slam last year.

Pending IRFU approval, Healy will be swapped in for winger Alex Wootton.

Should Hanrahan be ruled out of the weekend game, van Graan has no concerns starting New Zealand out-half Tyler Bleyendaal in the playmaker role.

Van Graan said: “Tyler is calm, very experienced, has played in a lot of big games for Munster before. He is one of those players who sees things before they happen and he is a big leader within our group.

“He was our Player of the Season three years ago and he has such an influence in the group. He has been playing pretty well over the course of the season.”

Following this weekend’s clash in Swansea, Munster host Racing 92 in their second pool fixture at Thomond Park on Saturday, November 23 at 5.30pm.