Opinion - 'If we knew then, what we know now' - Donn O'Sullivan 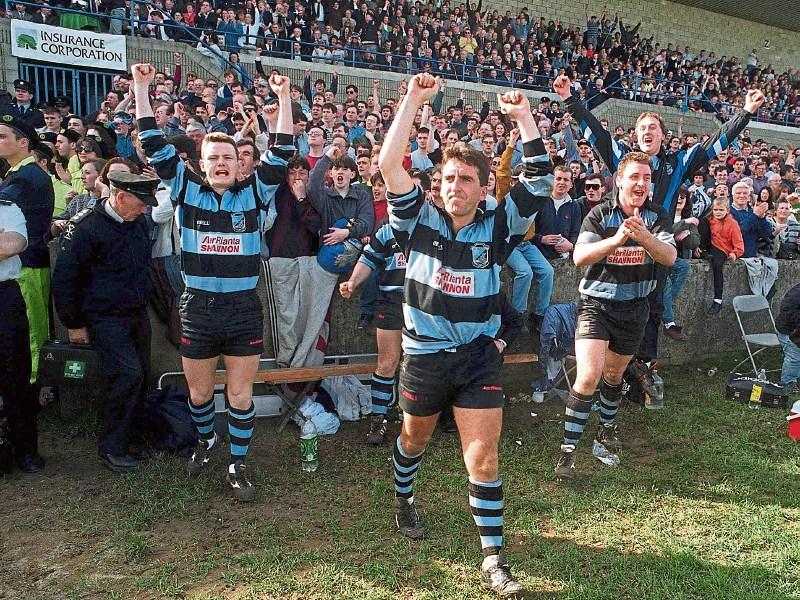 Walking into Thomond Park last Saturday evening to watch Munster and Ulster someone stopped me to say, 'Isn't it great to see the old club game back, after the World Cup'

My puzzled face seem to confuse the man. 'Club game? The Club game has been back for weeks. Five rounds in fact' I replied.

Munster Rugby is now seen as a 'club' to people. The marketing and branding of the province backs this up. So do the words of the players and coaches. Fair enough.

However, for Limerick people in general, there is only one 'club' game. That was, is and always will be their local rugby 'club'

The picture above shows Shannon RFC winning their first All-Ireland League title on April 1, 1995. They would go on to win eight more.

Just take a second to look at the crowd. The old Thomond Park was mobbed for that game. The All-Ireland league was the pinnacle of rugby at the time.

Aside from the odd touring game against Australia, New Zealand or South Africa, the only time Munster were mentioned was when the interpros were played and at that time, those games were often played in club grounds in front of one man and his faithful four legged friend.

Seven months, to the day, after that above picture was taken, Munster played in their first ever European Cup match. A 17-13 win against Swansea at Thomond Park, in front of just 6,000 fans.

A week later they lost to Castres, 19-12 and were out of that season's tournament, based on points.

This Saturday night Munster will play their 175th European game when they once more lock horns with Swansea. Well, Neath and Swansea, more recently called the Ospreys.

The biggest 'club' competition in World rugby is still struggling to find its feet with some teams still treating 'away days' as training days.

With Lions Tours, World Cups, summer tours, Celtic Cups, Pro14s and Six Nations all higher on the food chain, would Limerick club rugby fans have jumped on the bandwagon if they knew then, what would happen to their beloved club 25 years later?

This is not a slight on Munster or the Champions Cup, but more of a lament that one of the rocks of the game has been crushed under the weight of corporate endeavours.