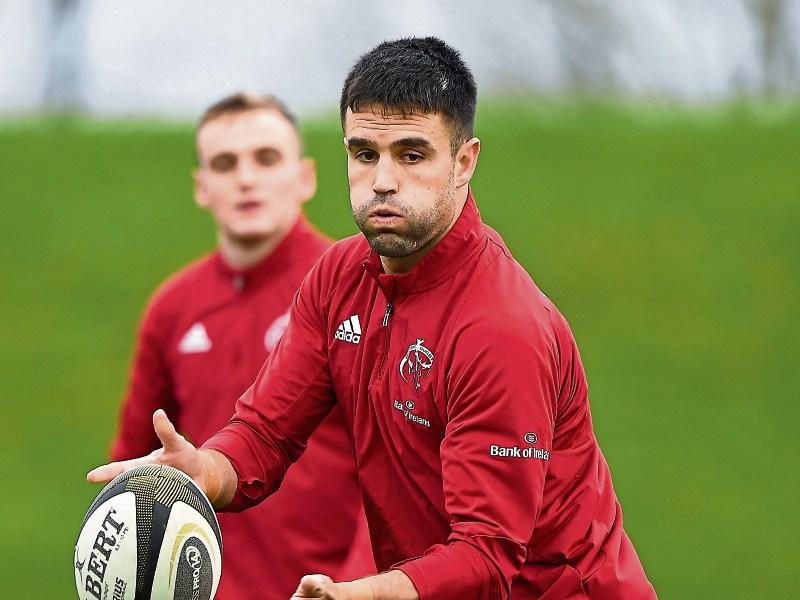 A TEXT message from a friend of mine at full-time in Munster’s Guinness PRO14 interprovincial fixture with Ulster at Thomond Park got me thinking.

My friend from Cork was pointing out that just one member of Munster’s matchday squad from the weekend was born in Limerick – replacement scrum-half Conor Murray.

In contrast, the text message also highlighted the fact that 10 Cork-born players were included in the matchday squad.

Food for thought. Yes, of course there are a number of Limerick-born ‘regulars’ who would have featured for Munster under normal circumstances last weekend, the likes of Keith Earls, Dave Kilcoyne, Dan Goggin and then there’s Neil Cronin, Calvin Nash who are also key members of Munster’s senior squad.

Is the small local representation for a game like Saturday night something that should cause concern or is it just a once-off with a greater number of Limerick-born players set to be involved in this weekend’s Heineken Champions Cup clash with Ospreys?

However, no matter how many Limerick-born players make it into the matchday squad for the Liberty Stadium, it looks set to be well short of the number of Cork-born players who are likely to see action.

It’s an issue which will exercise the minds of those involved in the game locally at club and schools level.

The majority of Munster fans, however, are more concerned with how the team’s results are rather than mulling over the exact make-up of the team.