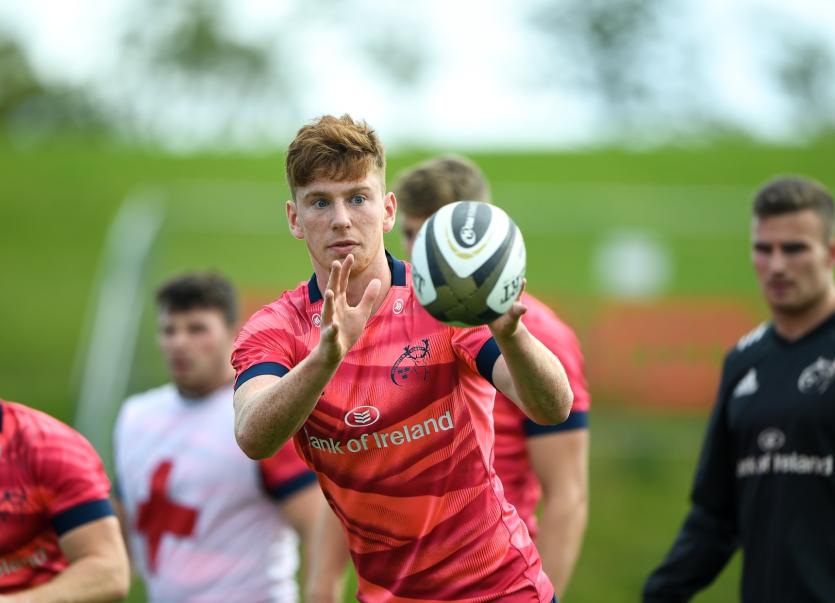 Munster Rugby have added Garryowen out-half Ben Healy to their Champions Cup squad ahead of Saturday's meeting with the Ospreys in the Liberty Stadium. Healy replaces fellow Garryowen club man Alex Wootton in the squad. Healy has been added to the panel due to an injury sustained by JJ Hanrahan which is likely to rule him out of this Saturday's opener.

Hanrahan's injury left Tyler Bleyendaal as Munster's only fit, senior, out-half, so Healy's addition comes as no surprise. The former Glenstal winning Senior Cup captain joined the Academy in the summer of 2018. Prior to joining the Academy, the out-half represented Munster at U18, U19 and U20 level and also played for the Ireland U18s and U19s. A strong start to his first season in the Academy saw Healy make five appearances and score 19 points for Munster A in the Celtic Cup. Should he see some action this weekend, he would be making his Munster senior debut in doing so.

Munster will face Saracens, Racing 92 and Ospreys in the Pool stages of the 2019/20 Champions Cup with some mouthwatering Pool games to be played over the next three months.

The full list of players that have been nominated by their clubs as incoming Swap Players for the 2019/20 Heineken Champions Cup is below.

The registration of the incoming players (maximum of 41 players for Heineken Champions Cup squads) may be reversed before the knockout stages. Nominations are subject to Union approval

Ospreys
Player in: Marvin ORIE
Player out: Will Griffiths