Limerick GAA trio among those to attend GPA Rookie Camp 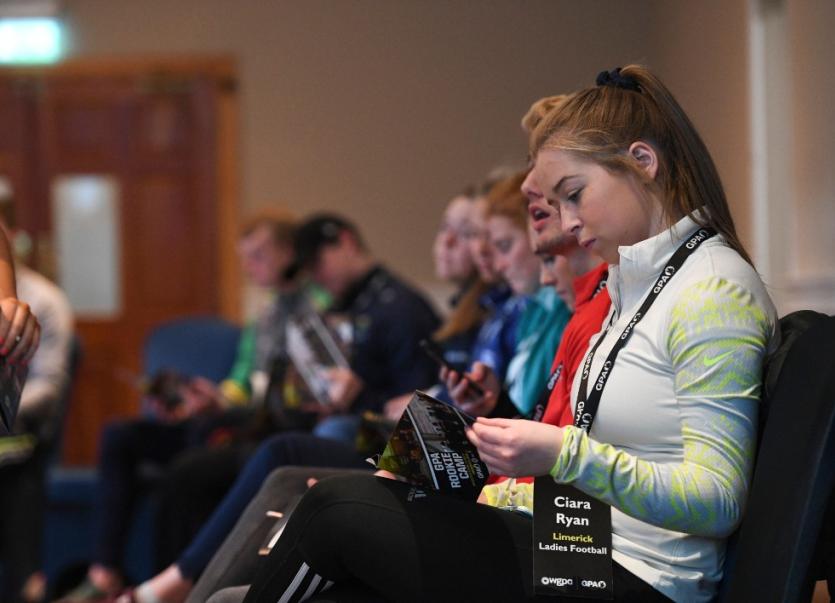 The event is aimed at players who have recently made the step up to senior inter-county panels, as a tool to help them balance their playing, study, work and personal lives.

The recent GPA report A Juggling Act: An Insight Into The Lives of Student Inter-County GAA Players highlighted how players are struggling to balance their playing and study commitments and recommended the further development of the GPA Rookie Camp and its promotion to young players from squads across the country.

The theme of the day was Preparing the Person Behind the Player in recognition of the fact that, while they may be known for their performances on GAA fields the length and breath of the country, this is not what defines them as people. Induction programmes, such as the GPA Rookie Camp, are recognised worldwide in elite sport as a fundamental aspect of an athlete’s transition from development squad to elite level.

Speakers on the day included Dublin Senior Footballer and Sports Psychologist Kevin McManamon who delivered sessions on Building Resilience; Associate Professor of Sport and Exercise Physiology in the School of Health and Human Performance at Dublin City University Dr. Brendan Egan who concentrated on Nutrition Education; Kieran File who is the Assistant Professor at the University of Warwick and who spoke to Healthy and Harmful Social Media; and Performance Coach Declan O’Connell who took the attendees through workshops on Personal Development.

Attendees were also provided with practical education and information on their responsibilities around anti-doping which was delivered by Siobhan Leonard from Sport Ireland and Irish Canoeist Jenny Egan.

The day was divided into a mix of group information sessions and smaller interactive workshops where players could discuss common challenges that they face in their burgeoning inter-county careers.

Speaking about the event GPA CEO Paul Flynn said; “I know from my own experience that when I have balance in my life, I am better positioned to perform on the field of play. We want to assist all our members to find this balance. The GPA Rookie Camp is great opportunity to introduce new members to their association, and provide practical tools and information about how best to maximise their time as an inter-county player on and off the field.”

This was the second year of the Rookie Camp with WGPA members attending for the first time.

Chairperson of the WGPA Maria Kinsella said; “We were delighted to join with the footballers and hurlers from the GPA at the Rookie Camp for the first time, in exploring what a modern inter-county lifestyle looks like for our young players.  We want our players to reach their full potential while staying healthy, mindful and fulfilled throughout and the Rookie Camp represents a step on that journey.”