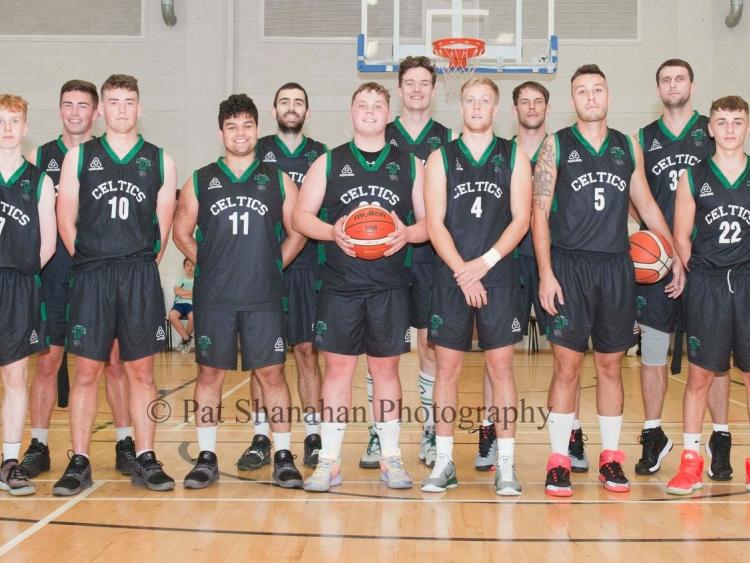 Limerick Celtics Mens team recorded back to back wins when they picked up their second win in ten days with a super 96 to 86 win against Waterford Vikings yesterday in St Munchin's College.

This game was played at a frantic pace with the league changing sides eighteen times during the course of this game. Waterford opened the stronger and controlled the game for the majority of the first quarter. Kevin Oberweiser and Carlos Hortelano took control back for the Limerick side with some excellent three point shooting and fast break scores.

At halftime Celtics had opened up a 51 to 40 lead but Waterford came back strong again at the start of the third quarter and took a one point lead going into the fourth. Devidas Venchunas, Jordan Hehir and Liam Broderick added some great scores in the fourth quarter to restore the Celtics lead but it was basket for basket for the next five minutes and both teams gave their all to secure this vital win.

Tommy Walsh grabbed some huge offensive boards but picked up his fifth foul with 4 minutes remaining and Celtics needed a strong finish to see out this game and take the win. Kevin Oberweiser did exactly was what needed and finished the game with some amazing shooting and penetration to pick up thirteen of his thirty nine point game total in the closing minutes of this game. Celtics also produced their best team defense in the closing minutes to finish the game on a 96 to 86 scoreline.

Top scorers were Kevin Oberweiser 39 pts, Carlos Hortelano 26 pts, Daividas Venckunas 14 pts and Jordan Hehir 10 pts. Celtics young ladies team put in a great performance earlier in the day against the strong Kerry side and although leading several times in the game the experience and strength of the St Mary’s side came to the fore in the closing minutes as St Mary’s took the win. Top scorers for Limerick Celtics were Kendall Bradbury 18 Aoife Morrissey 12 and Emily Tinnes 10. Celtics ladies travel to NUIG this Friday night while Celtics men are away to Tolka Rovers in Dublin.

Meanwhile  Celtics under 15 girls brought home the Cork Under 15 National tournament title last Sunday with an impressive win in the tournament final over Brunell Cork. The full squad of players played their part in this fantastic win and Celtics finished the tournament in style winning the final on a 50 – 22 scoreline. Celtics had won two close games against Skibbereen and Carrigaline in their pool games before going on to have an impressive win of Corrib Galway in the semi final. A super achievement for Michelle Aspell and her Limerick Celtics team to take home the coveted Under 15 trophy. The Limerick Celtics team was Ghandi Malou, Sophie Ryan, Nia McInerney, Sorcha Cronin, Lucy Devoy, Margretta Azzopardi, Emily Dickinson, Ali Walsh, Eva Crean and Hannah O Bryne. Coach is Michelle Aspell and managers Chris McInerney and Mike Daly. 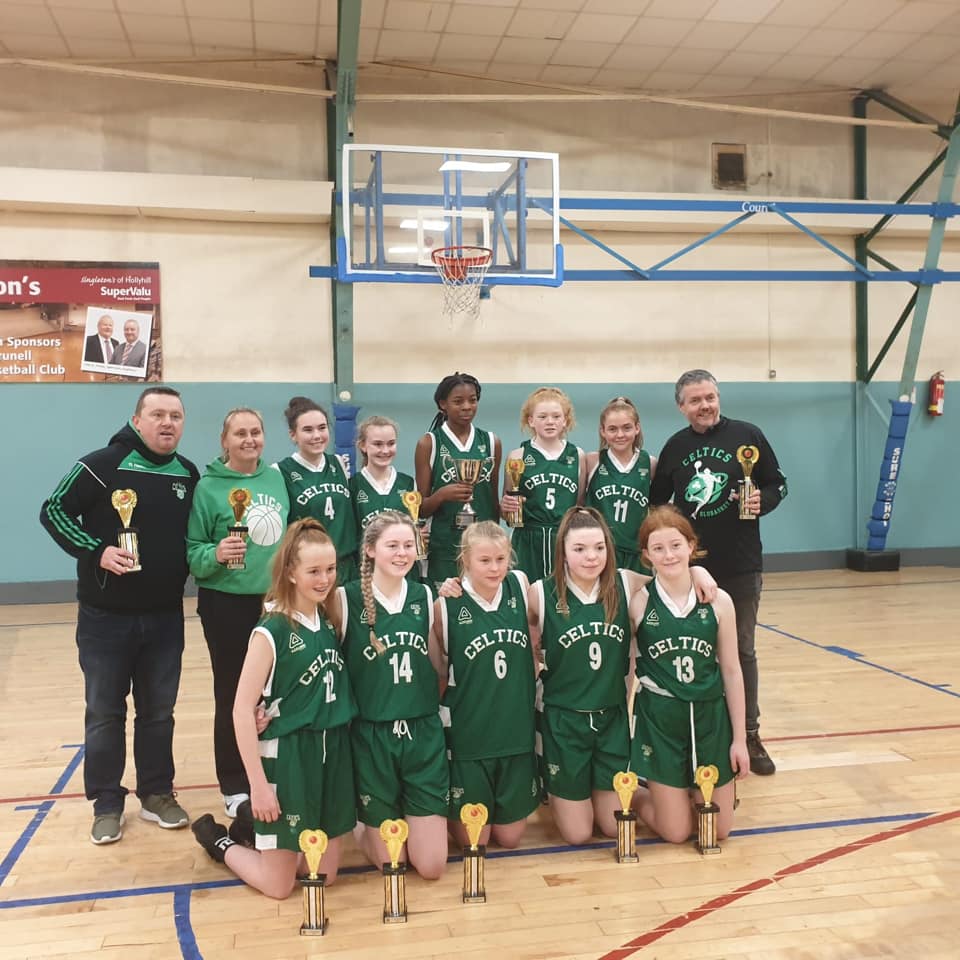