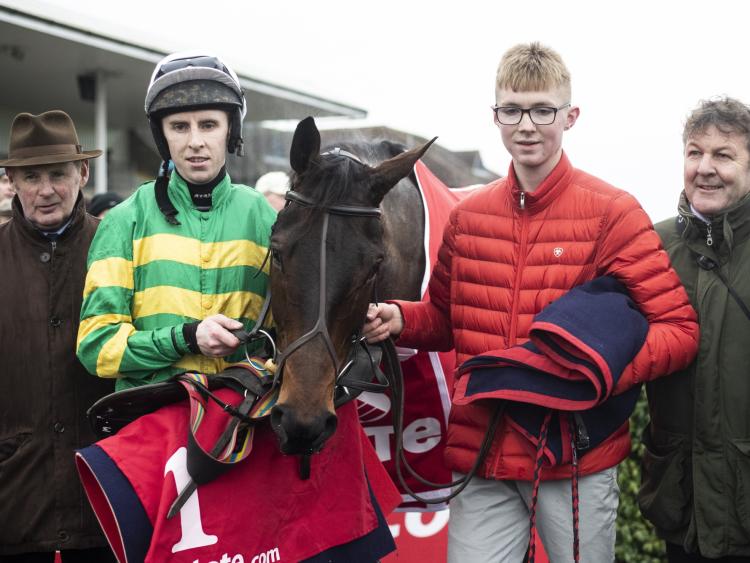 Ballyoisin, a 9/2 shot, beat Plus Tard, the 5/4 fav, by two and three quarter lengths in the colours of Limerick owner JP McManus.

The Bruree-trained eight-year-old winner was recording his eighth win from fifteen starts over fences.

Bookmakers Paddy Power installed Ballyoisin as a 20/1 shot for the 2020 Queen Mother Champion Chase at the Cheltenham Festival.

Afterwards winning trainer Bolger said: "That was nice. We thought we had fitness on our side, but I was just a bit scared that the ground might be a bit too heavy for him. He bossed it all the way, and his jumping again was his forte.

"I don't know where we're going to go next with him. We went on to Leopardstown last year, and it didn't work out. He may be just put away for the spring. We'll see what the boss and Frank (Berry, owner's racing manager) say.

"Ballyoisin is back with a vengeance!"

A tenth victory under Rules for the son of Presenting! pic.twitter.com/MTrX7ap7Tg

"A place like here is up his alley, with the line of fences down the back. I thought Leopardstown would really suit him, with the good ground, but it didn't go his way last year.

"They are good horses in behind him there today, and he had 11st 10lb as well. It was a good performance all around."