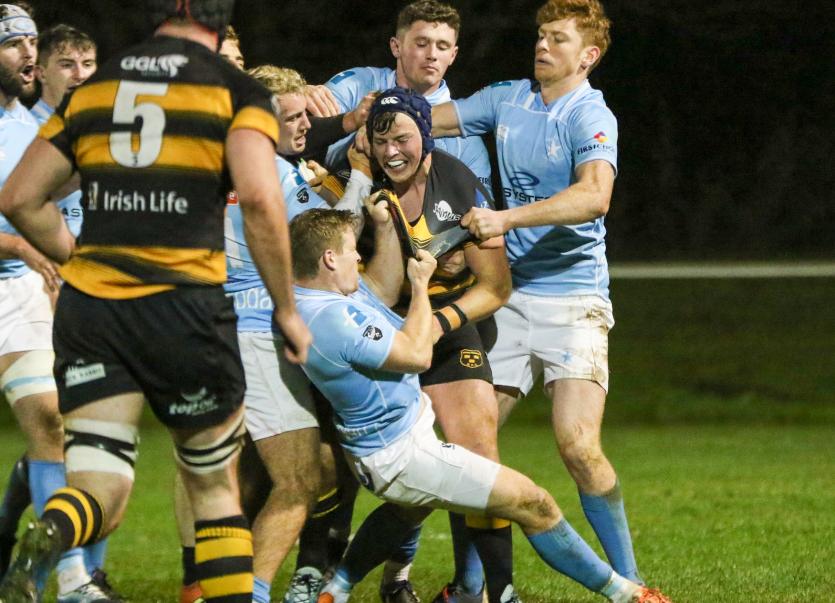 Garryowen claimed a vital Limerick derby win on Friday night by beating rivals and near neighbours Young Munsters 19-13 in Division 1A of the All-Ireland league. The Conan Doyle coached side trailed 10-3 at the break, but they capitalised on Young Munster errors to force their way back into the game.

Garryowen scored 16 unanswered points to secure the bragging rights over Young Munster at Tom Clifford park.  The Cookies led 10-3 at half time, with out-half Evan Cusack accounting for all his sides points, including a 33rd minute try - after he blocked down Ben Healy before running underneath the posts.

Cusack extended the lead to 10 early in the second half but Garryowen finished the stronger to secure their third win of the season.

A 65th minute Bryan Fitzgerald try, converted by Healy leveled the game. Healy would land two penalties in the final 10 minutes, including one from halfway, to give his side victory

Munsters, yet to register a win in the competition this season are now second from bottom, while Garryowen leap into fourth, all be it with a full round of games to come tomorrow, Saturday afternoon.

Meanwhile, across the City in UL, the Red Robins claimed their first win of the season with a 21-18 win over Nenagh on the 4G.