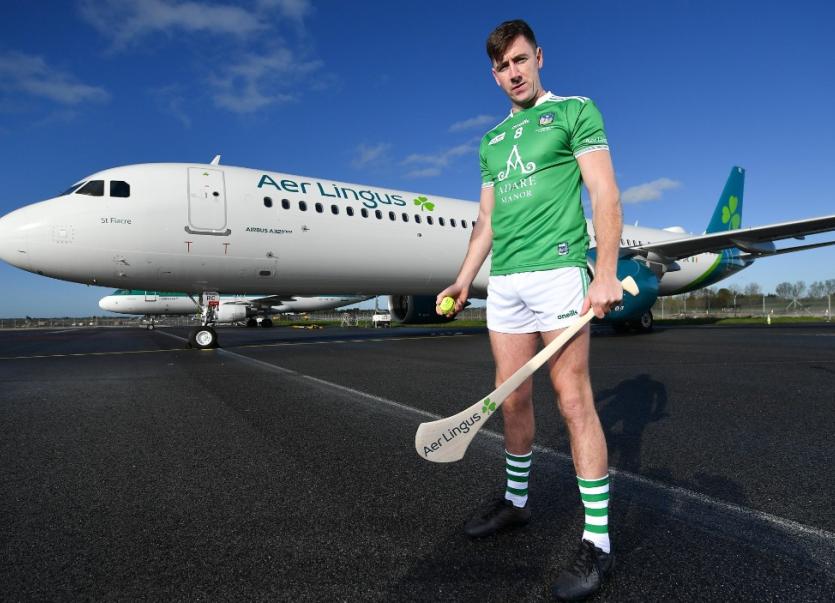 Diarmaid Byrnes at the launch

A specially commissioned Limerick hurling jersey has been revealed for the New York Hurling Classic which takes place later this month.

Diarmaid Byrnes was at Aer Lingus Hangar 6 in Dublin Airport this Friday morning where Aer Lingus, in partnership with the GAA and GPA, unveiled a one-of-a-kind customised playing kit for the New York Hurling Classic which takes place at Citi Field in New York on November 16

Limerick won this competition - the Fenway Hurling Classic  - when it was played last November at Fenway Park in Boston.

The new O’Neill’s jersey was revealed this Friday at a media event at the airport.

The specially commissioned jersey won't be on public sale.

The jersey is very much aligned to that worn in the 2019 championship but is adjourned with new logos and symbols for the US trip.

One notable change to the Limerick jersey is the Adare Manor logo on the front.

It is understood John Kiely's Limerick will play Davy Fitzgerald's Wexford in the semi final.

All the action takes place in Citi Field, Queens which is the home Major League Baseball franchise the New York Mets.