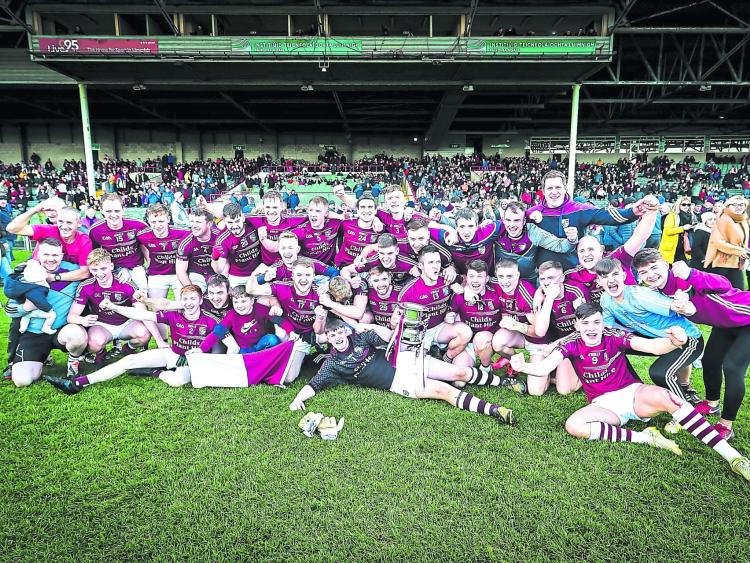 Celebration time for Galtee Gaels after their county final win

The men from the parish of Anglesboro and Kilbehenny journey back into LIT Gaelic Grounds two weeks after their county final victory to play St Breckans of Clare in the Munster club IFC.

The provincial quarter final tie has a 1.30 start.

Two years after that junior win, the men in maroon secured senior football for the club with last month's county final replay win over Gerald Griffins in the LIT Gaelic Grounds.

Managed by John McGrath and coached by Ollie McGrath with Tommy Noonan a selector, the men from the parish of Anglesboro and Kilbehenny are bidding for a second promotion in three years.

Galtee Gaels will look to Tommie and Robert Childs, Sean and Padraig McGrath and Maurice O’Sullivan.

Victory this Saturday afternoon for the men from South Limerick would secure a November 17 semi final with Tipperary’s Moycarkey-Borris or Clonmel Og.