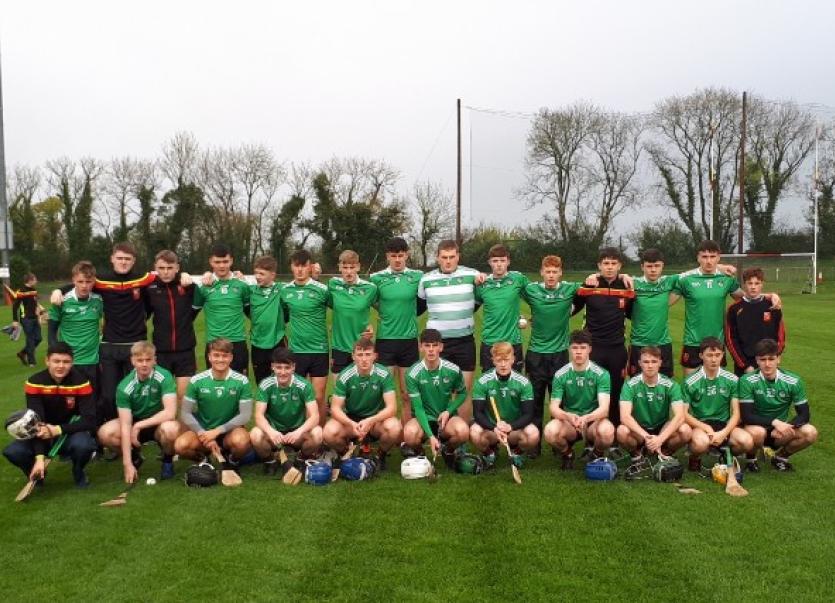 ARDSCOIL Ris returned to winning ways in the Harty Cup this Wednesday with a 0-25 to 0-9 victory over Cork's St Francis College of Rochestown.

Defeated in round one against Templemore, Ardscoil Ris now face into a final round group game against CBC of Cork on November 20 with a quarter final spot up for grabs.

A run of nine unanswered points before half time laid the foundation for this Limerick victory in the Munster Post Primary Schools Senior (U19) A Hurling Championship in Mallow.

Due to a clash of black colours Ardscoil Ris wore a Limerick strip and were 0-14 to 0-5 ahead at half time.

The sides were level at 0-5 each after 18-minutes but then the Limerick teenagers hit nine successive points.

Aidan O'Connor had five points from play in the half, while Cathal O'Neill and Shane O'Brien had a point each.

Ardscoil Ris hit the ground running and had three points scored before the Cork side opened their account in the 10th minute.

Aidan O'Connor was denied a 14th minute goal but Ardscoil Ris held a 0-5 to 0-3 lead at the mid-point of the half.

Alan Connolly and Paul O'Riordan points tied up the contest at 0-5 each but the Cork side weren't to score again in the half.

O'Brien and O'Connor points saw out the half to ensure a nine point lead at the interval.

The sides shared eight points in the opening minutes of the second half and then Ardscoil Ris finished out out the game with another run of seven unanswered points - Shane O'Brien bringing his tally to four points from play and O'Connor moving onto six points from play.

Barry O'Connor and Colm O'Meara got on the scoresheet before the final whistle.