'I have to be really, really proud of the players' - Limerick FC's Niall Connolly 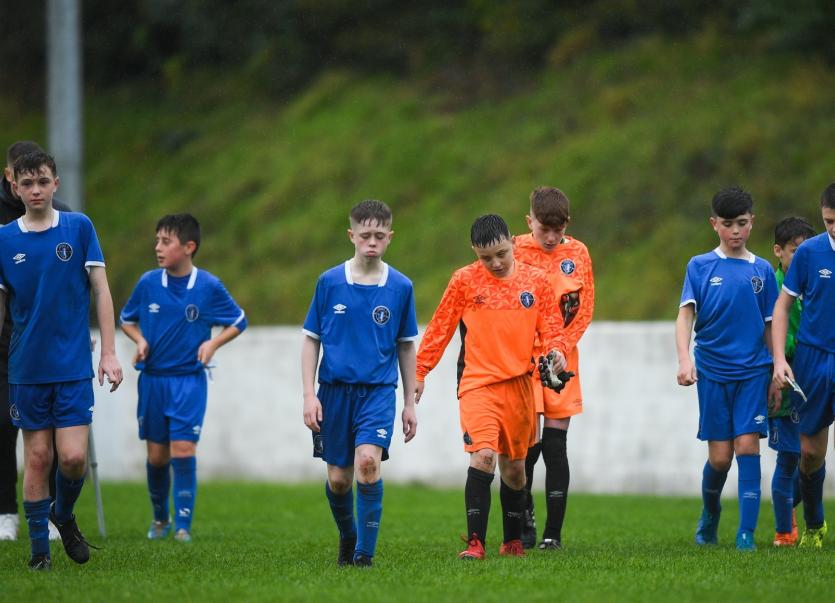 LIMERICK FC U-13 manager Niall Connolly cut a disappointed but proud figure on Saturday after his side lost out to St Pat's in their League Cup final clash. Connolly was more than pleased to see his side continue to play their trademark passing style despite chasing the game when a quickfire double put the Dubliners ahead inside 20 minutes.
Limerick boss Connolly said: “Obviously the result is disappointing, but I have to be really, really proud of the players,” said Niall Connolly.
During the long season campaign, which got underway in January, Limerick regularly received plaudits for their passing style of play, a value which was evident to see as Connolly’s charges stuck to their guns during Saturday’s final.
“The football they played throughout the entire 80 minutes was top class, we didn’t stray from our philosophy and our beliefs,” he added.
“I think the biggest compliment the boys can take is that the St Pat’s manager came down to me and said that they are the best footballing side that he has come up against.
“Just in terms of how we continued to play the game, how we didn’t look to be defensive, and how we just kept playing to our beliefs,” he added.
Connolly believes that it is vital that his young guns continue to stick to their style of play if they are going to continue to develop and reach the potential that they have shown in recent months.
“We are at an age where we are going to do a lot of things that we might struggle when we come up against power and pace and Pat’s were very organised.
“But we are not going to stray from our philosophies because of a few mistakes. We win or we learn and we done a lot of learning today and we will be better for it.
“I think the biggest thing is that the players continue to look to play the right way.
“More often than not they got success out of it but obviously mistakes happen and at this high level you do get punished.
“We are all about developing players technically and we are at an age where the technical development of players is vital.
“I think the season as a whole has been unbelievable, from where we started in the very first week in January until now.
“It just has been an incredible journey – technically, tactically and how the players have developed as human beings.
“The football they played throughout the year has been phenomenal ,” the Limerick team boss added.