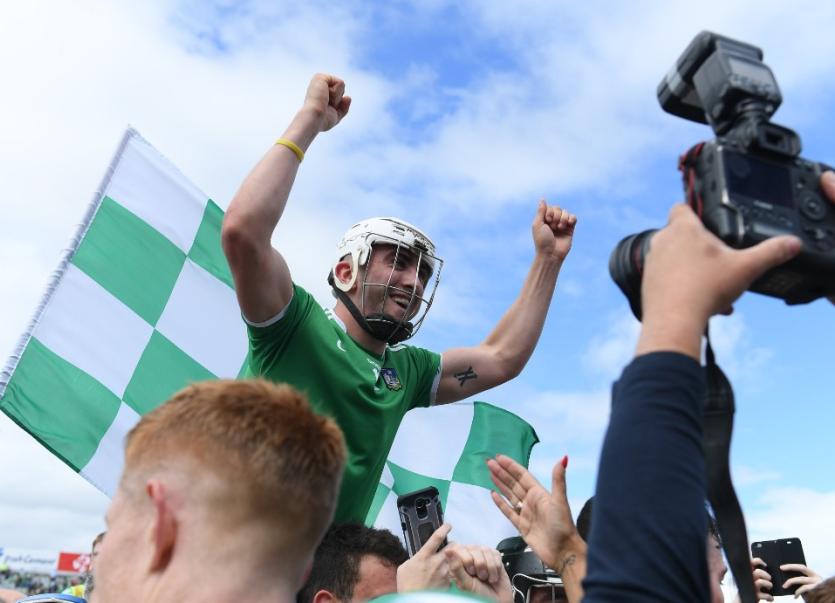 It's a second award for Bruff's Sean Finn and a first for corner forward Aaron Gillane.

The selections brings to 55 the total number of Limerick awards.

Sean Finn is one of just two players, along with Cork's Patrick Horgan, to remain from the 2018 All-Star team.

Indeed the corner back is the first Limerick hurler to win successive All-Stars since Gary Kirby in 1995-96.

Finn is again selected in the No2 jersey, where Limerick previously had Paudie Fitzmaurice (1984) and Richie McCarthy (2013) honoured.

Aaron Gillane is selected at No13, where Andrew O'Shaughnessy (2007) is the only previous All-Star from Limerick.

Back in September it was revealed that Limerick had received nine All-Star nominations.

Limerick's entire full back line of Finn, Mike Casey and Richie English were among the 18 defenders short-listed.

Both Limerick midfielders Cian Lynch and William O'Donoghue were nominated - among six midfielders.

In attack, there were four Limerick nominations; Kyle Hayes and the entire full forward line of Peter Casey, Graeme Mulcahy and Gillane.

Sean Finn, Richie English, Cian Lynch and Graeme Mulcahy were among just six 2018 All Stars that received nominations for the 2019 awards.

While Limerick won the Allianz League and Munster Championship, Sean Finn and Aaron Gillane would appear to have been best positioned to make the final All-Star selection.

Kyle Hayes is also on the short-list of three for Young Hurler of the Year - along with Adrian Mullen (Kilkenny) and Rory O’Connor (Wexford). Hayes won this award last year but it appears Leinster bound this time round.

Overall, All-Ireland hurling champions Tipperary lead the way on the 2019 Hurling Roll of Honour with seven places on the PwC All-Stars team.

In all, five counties are represented with All-Ireland final runners-up Kilkenny earning three, Limerick and Wexford winning two apiece and Cork completing the line up with their solitary award

The winning hurlers will receive their awards at the annual PwC All-Stars banquet at the Convention Centre in Dublin on Friday evening.

The awards ceremony will be broadcast live on RTÉ 1 television between 7.00 and 8.30.

Ahead of RTE's live coverage of the Awards, GAANOWLive will air on the GAA's Facebook page from the Convention Centre at 6pm with exclusive red-carpet coverage of our nominee and winner arrivals, as well as other familiar faces.

The football All-Star selection and Player of the Year Awards will be announced live on the night.