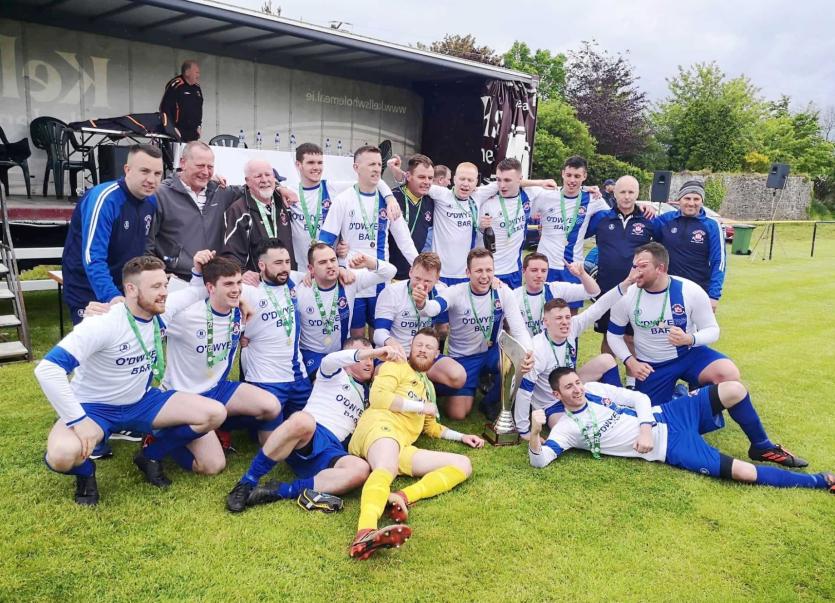 THIS weekend sees a skeleton fixtures schedule due to the senior FAI Cup finals at the Aviva Stadium.

The powers that be in an effort to promote the FAI Senior Cup final decided to ensure Sunday is a free day to allow the hordes of fans travelling from around the country to the game.

However, there is a plus to every negative and Sunday’s inaction for most clubs could allow new Oscar Traynor Manager John Grehan a relatively unhindered pick for Thursday evening’s game at home to the Clare League. Note kick off time at Jackman Park is 7.30pm.

Limerick go into the tie as holders of the competition looking to retain a trophy that has evaded the City for the previous 20 years.

Over the last few years the top clubs involvement in FAI and Munster Junior Cups has seen them reticent in encouraging their players to line put with the Representative side.

With a game tomorrow and a second versus the Desmond League next Tuesday, and no FAI games until the 17th November, it is hoped we will see a strong Limerick line up.

Janesboro came to the Limerick District League’s rescue last season when it looked like we would not be able to field a team.

As it transpired Shane O’Hanlon and Aidan Ryan guided the team to victory to bring the Trophy back to Shannonside.

With that hex off their back it is hoped Limerick can now add their name to the trophy a few more times.

Clare come to town as something of a bogey team to Limerick over the last few years. Conor Mullen, David McCarthy, Eoin Hayes and Stephen Kelly are four member os the Clare panel that won the competition in 2017.

They also have former Limerick goalkeeper Shane Cusack in a side that is chock full of talent.

Manager John Grehan is a relative newcomer to the local leagues and he carries the best wishes of ll into the tie. He will be aided by Leon Casey-Ryan and Shane Clarke is taking on the role of player-coach.

On paper it is one of the strongest squads in years so it remains to be seen whether the side will gel into a unit.

There are two games scheduled on Saturday evening in the Munster Junior Cup.

On Saturday Aisling Annacotty host Newport in Annacotty, while Regional Utd B are home to Northside both games kick off at 7.00.

Aisling are on a high having progressed in the FAI Junior and Tuohy Cups over the last two games. They beat Geraldines on both occasions.

They are mid table at present after a run of 11 game with 41 goals scored and just one defeat to show.

They welcome a Newport side focused on making it to the tol flight. They have assembled a good squad with players well experienced in the Premier League so timing is right.

They will treat Saturday’s tie as a bonus.

Northside had a big win last Sunday to set up a clash with Regional B this weekend. The Dooradoyle side went through a bad season but seem to have regrouped much stronger.

A win could see Regional join their A team (depending on results elsewhere) in the open draw stages of the competition.