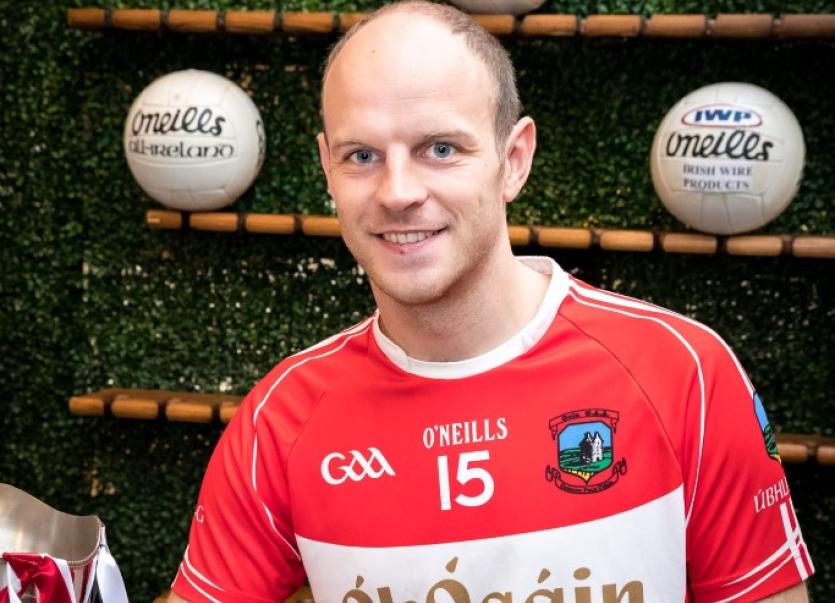 OOLA and Newcastle West have met in the group stages of the last three Limerick SFC campaigns but previous to that it was 11 years since these sides met in championship fare.

Back in 2006 the clash of the sides was in the intermediate championship – a day when current Oola captain Eoin Fitzgibbon made his debut for his club’s adult team as a teenager.

Newcastle West progressed to win that Limerick IFC title but Oola and Fitzgibbon had to wait 10 seasons to earn promotion back into the senior ranks.

In 2015 Fitzgibbon was captain when they beat Claughaun in that intermediate final.

On Sunday, he bids to captain the east Limerick men to senior honours.

“Oola is traditionally a very strong and proud football community. It’s disappointing in a lot of the years that I had played, that we fell short at intermediate level and didn’t make the step up quicker,” explained the long serving Eoin Fitzgibbon.

The defender has served on Limerick football panels from minor, U21, junior and senior across the last 14 seasons but Sunday would cap all.

“All you can do is go out and work as hard as you can and see what happens,” he said of Sunday’s final.

“Its great to get there and we will try perform as good as we can,” he vowed.

Now four years up in the senior ranks, what made the difference in 2019?

“We have improved on a few things every year and a few this year and that’s the difference.”

He explained: “The application from the players is great – obviously we have a good management team but I think whatever way it fell this year we just got a lot of fellas pulling the right way and working really hard.”

“From early-on we had access to everyone – fellas were choosing one over the other, they were committed to both which works well for everyone. Winning is winning, be it hurling or football, if you are winning it can help everyone.”

Oola arrive in the final with six wins from six outings.

Wins over Galbally and Drom-Broadford last April set the tone.

“The Galbally game was first and was one we targeted and they probably targeted – a team we often struggled against. We got over the line with a coupe of early goals and we kicked-on from that and then we beat Drom-Broadford, who are another team that we aren’t used to beating,” he recalled.

Fitzgibbon added: “we have won a few games by a one or two points and they can go either way but they gave us momentum and confidence”.

“We have worked hard this year and we are getting the wins and going in the right direction.”

It may appear Oola would lack for experience but not so.

“People were saying that playing in the LIT Gaelic Grounds was going to be new because a lot would not have played there at adult level with Oola but a lot of the Doon guys had all played there and there are fellas who have played with Limerick,” outlined Fitzgibbon.

While experience may not be an issue, expectation would not have weighed on Oola shoulders from the outset of 2019.

“It’s the surprise we all hoped for,” smiled the captain.

“For some reason I would always think that we aren’t too far off but we probably just ever put a string of a couple of months training together or performances to a level where we could be competitive at this time of the year,” said Fitzgibbon, who captained Abbey CBS of Tipperary Town to the 2008 Munster Senior B Colleges Football Championship.