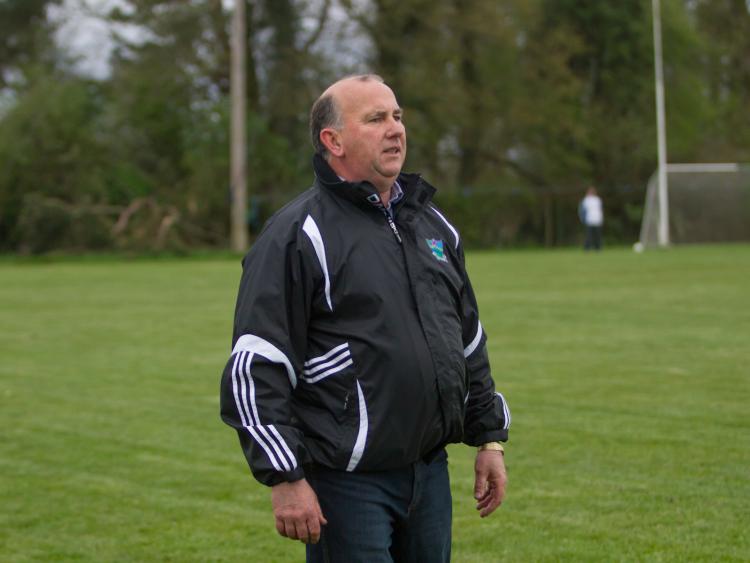 “It’s great to get to a final because realistically no one remembers a beaten semi finalist – the banana skin really is the semi final. To get to a final is great but you must finish the job and that’s where the work starts because there is nothing for getting to a final unless you win it,” stressed Quilligan.

The 2015 winning manager could select up to nine of the team that defeated Drom-Broadford four years ago but there is a noticeable youth across his panel.

“Teams are just picked on who is playing best. We probably have a different team out each week and people might say you dropped this fella or that fella but I don’t drop anyone, it’s about who is playing best at that particular time.”

He continued: “we have had a few retirements and a few emigrated and Cian Sheehan out with his cruciate but that is the same for every club – we are lucky enough the young lads that came forward have stood up”.

Although they suffered defeat in the intermediate hurling final last Sunday, Quilligan is confident that hurling-football harmony in 2019.

“We made a decision at the start of the year that we would work as a until with hurling and football because we had so far in the cross over – 11 in total and probably nine of that playing.”

He explained: “I always felt that to keep them bonded works better and we wanted to show people within our own club and outside that this is the way to go forward – we may not win a county but I think we have already achieved something and that you can protect your players when everyone is working together.”

Quilligan points to Oola and Doon as an example to follow for Newcastle West.

“They have two senior clubs and compete at the top level with Doon in senior hurling and now the top level of senior football and that is a credit to any club. They should be so proud and we are trying to do the same thing and hopefully we will be able to emulate them some day,” said the Newcastle West football manager.

Newcastle West dethroned back-to-back champions Adare in the semi final but Quilligan makes little of that.

“I look for a performance off our lads in every game irrespective of who we play – we went to Mick Neville Park to play a semi final, we didn’t go to play Adare. It’s two totally different things and again for the county final we are not going in to play Oola we are going into to play a game,” said Quilligan at the media launch of the Irish Wire sponsored SFC final.