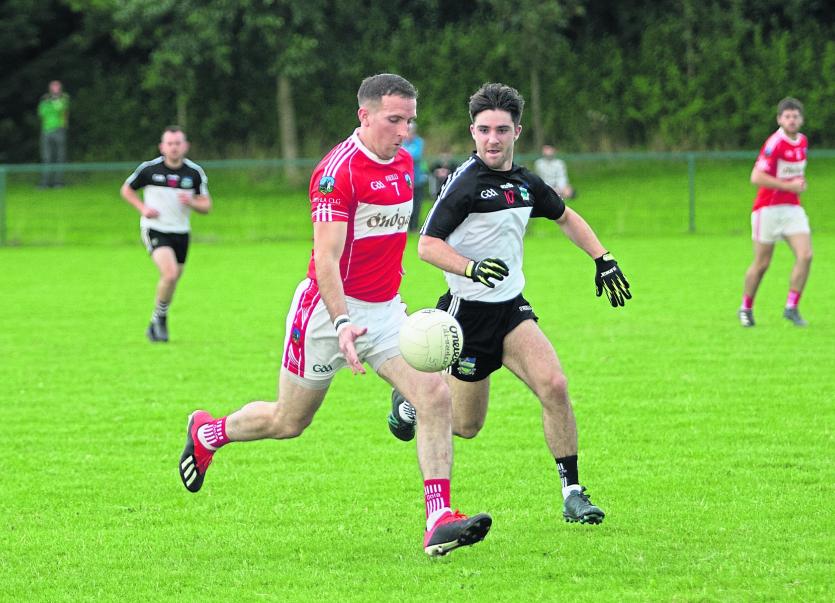 THE past three years of Limerick SFC action saw Oola return five wins from 16 games so little surprise that silverware wasn’t the priority when Kem Downey was appointed manager.

“At the start of the year when I was appointed my remit was please don’t get relegated!” he recalled ahead of Sunday’s first county senior final in 39 years.

“I remember saying what if we get to a county final and they just looked at me – we are here and rightly so,” said a proud Oola manager.

Six straight wins propelled the men in red and white into Sunday’s final.

“I am a realist and the draw favoured us. We got Galbally first and no disrespect to them but they had just come up from intermediate and in our second game we had Drom-Broadford, who were to end up in a relegation play-off. They set the tone,” said Downey of their wins last Spring.

“Once the first game was over, lads knew were probably were’t going to be relegated and when we won the second game they thought we could do something here and started to believe in themselves which was massive for Oola because all along their belief was on the ground,” he recalled.

Although newcomers to county final , Downey isn’t concerned about the occasion.

“There is enough talent and experience there for other teams to be worried about – we are not just here to make up the numbers. We are in a county final and lets have a right good rattle and see where we go – if we are good enough, good, and if we are not, well we will go back to the drawing board in January and come again stronger,” said the manager.

Oola arrive in the final with 16 goals in six games.

“It’s a fair surprise to me as well,” laughed Downey.

“I don’t know what it is – at training, like all teams we look at the Dublin model and say to lads if you are going for goal well go for it and of you can’t then take your point.

“We give them instructions going out but we let them play and if they see something different, well have a go – no one is going to give out.”