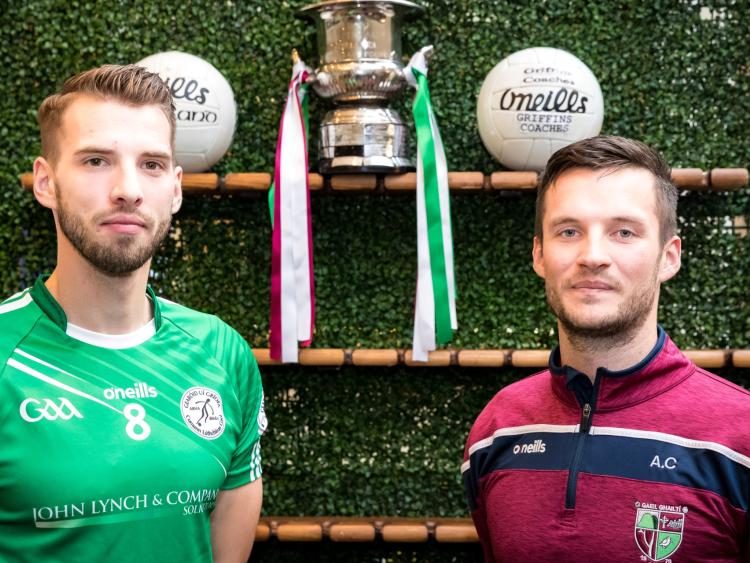 THE replay of the Griffins Coaches Limerick Intermediate Football Championship will be the curtain-raiser in the LIT Gaelic Grounds this Sunday.

The meeting of Galtee Gaels and Gerald Griffins has a 1pm start.

Sunday's Limerick IFC replay comes two weeks after their 1-8 each draw in Kilmallock.

The eventual county IFC winners will be due into Munster club action on November 10 when they play Clare winners St Breckans at a Limerick venue in the provincial quarter final.

A last minute goal forced the replay – Galtee Gaels looked on course for the title and promotion to the senior ranks until Gerald Griffins kicked the final four scores - including a dramatic 59th minute equalising goal from Paul Brouder.

Gerald Griffins were 0-5 to 0-3 ahead at half time but then failed to score for 20-minutes at the start of the second half. It was an opening half in which Galtee Gaels went 23-minutes without a score after a Bob Childs had opened the scoring.

So room for improvement for both sides!

Managed by John McGrath and coached by Ollie McGrath with Tommy Noonan a selector, the men from the parish of Anglesboro and Kilbehenny are bidding for a second promotion in three years following their 2017 junior title win over Croom.

Captained by Alan Condon, the men in maroon will look to Padraig and Sean McGrath, Tommie and Bob Childs, Maurice O’Sullivan and Sean Clacny to see them over the line and replace St Senans in the 2020 Limerick SFC.

Gerald Griffins were last in the senior grade in 2004.

Managed by John Lynch and coached by Shane Kelly (Newcastle West) with selectors Wayne Fitzgerald and John Walsh, the men from Loughill-Ballyhahill are bidding to win a first Limerick IFC title since 2000.

Jim Liston, Tommy Griffin, Colm McSweeney, Paudie O’Connell and Paul Brouder are all key men for the estuary side in green and white.

The sides have met in the group stages of this championship in the last two seasons with Gerald Griffins winning both.

Both finalists have been made aware that Sunday’s replay will be played under 'winner on the day' protocols.

Therefore if the sides are level at full-time, extra time of two periods of ten minutes each way will be played.

If there is still no seperating the teams, then two additional periods of extra time of five minutes each will be played.

If still level at that final whistle, penalties will be held. There would be an initial five penalties each and if required sudden death would eventually determine the champions.

Elsewhere in the Limerick club football scene the race for the two junior titles is taking shape.

Croom and Monaleen will contest the Limerick JAFC final on Saturday November 2 in Bruff at 2.15.

The JBFC is down to five teams.

Banogue will play St Patricks in one semi final as the curtain-raiser to the Junior A final on Saturday week at 12.45.

The other semi final also takes place on November 2 with Knockane awaiting a October 29 quarter final replay between Knockaderry and Mungret.

That replay takes place in Mick Neville Park next Tuesday at 7.30 with the winner in semi final action just four days later in Kilbreedy at 2pm.