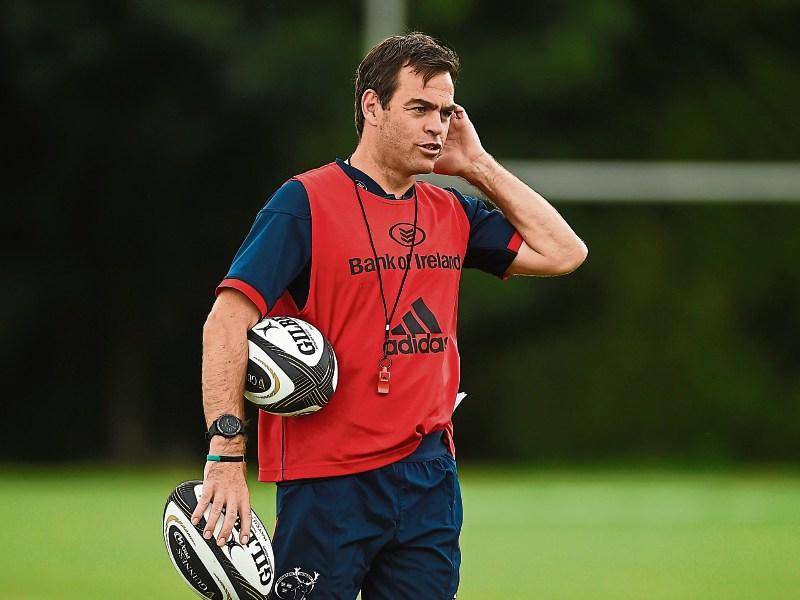 THE door was shut on Ireland’s World Cup ambitions in the most unceremonious of fashions on Saturday morning when ruthless New Zealand dished out an unmerciful beating to Joe Schmidt’s side.

The fall-out on Ireland’s latest World Cup quarter-final failure will continue for some time to come.

Players don’t need to be reminded of how poorly they performed on Saturday, but the recriminations will continue for a while yet.

Saturday was a dark day for Irish rugby, a bitterly disappointing way for the curtain to come down on Joe Schmidt’s tenure in charge of the side and for captain and hooker Rory Best to call time on his career.

Up to a dozen Munster players have been involved with Joe Schmidt’s Ireland squad in Japan and those who haven’t been ‘first choice’ for the big fixtures will be chomping at the bit to get back playing with the province.

The fact that Ireland has exited the World Cup at the quarter-final stage will hasten their return to provincial action.

Three of the four starters from Saturday, Earls, Murray and Stander all started in the group win over Samoa.

Munster’s Ireland contingent are due back at the province’s High Performance Centre at UL on Monday week, November 4.

That is the week leading up to Munster’s Guinness PRO14 derby clash with Ulster at Thomond Park on November 9.

That Ulster game is set to be Munster’s final outing before the start of the new Heineken Champions Cup campaign on Saturday, November 16 away to the Ospreys at the Liberty Stadium.

Munster’s management team are likely to give as many Ireland players as possible gametime, either starting or off the bench, in the November 9 Pro14 clash with Ulster.

That will be a huge boost for the province with the start of the European Cup just seven days later.

Had Ireland made the World Cup final which takes place on November 2, then the Munster players would not have any outing in red before the start of the Champions Cup.

It is crucial Munster hit the ground running in Europe as their pool also incudes French heavyweights Racing 92 and current champions Saracens.

In a teak tough group, the Ospreys game is almost a ‘must win’ for the province if they are to harbour strong ambitions of progressing to the knock-out stages in Europe.

He won’t have long to implement too many of his theories on forward play ahead of the start of the European Cup.

While new senior coach Stephen Larkham has been at the province for a couple of months now, he won’t get the chance to work with the Ireland internationals in the Munster squad until the start of next month.

It will be fascinating to see how much of an impact the highly rated Larkham can have on the squad ahead of the start of Europe and through the opening rounds of the pool stages.

We will get further clues as to how exactly Larkham’s gameplan is taking shape in the upcoming Pro14 fixtures, beginning with Friday’s date with the Ospreys on the lively 4G playing surface at Musgrave Park.