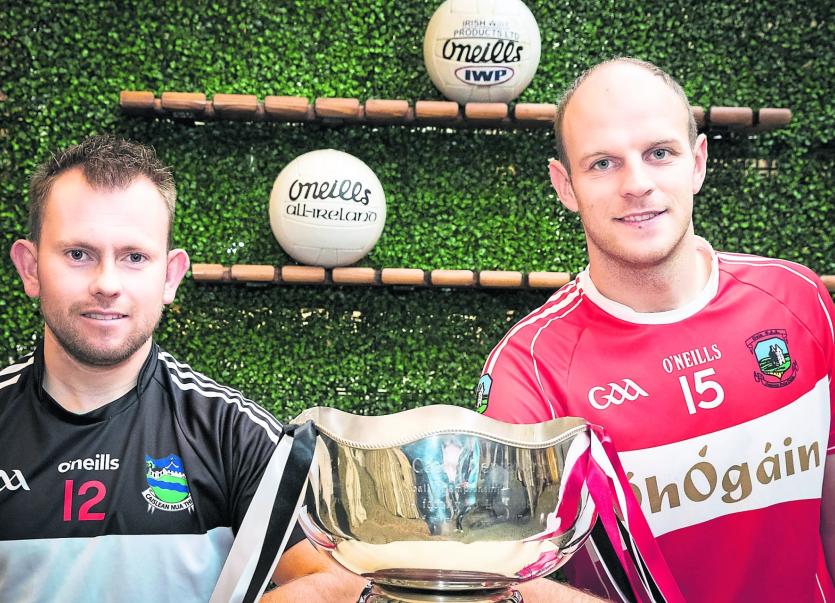 After 34 games involving 12 clubs, Newcastle West and Oola meet in the 2019 final to decide who collects the Fr Casey Cup.

The championship that started back on March 29 has visited 16 different venues with a total of 80 goals and 727 points scored.

Sunday is a novel final pairing but both are among the 29 previous winners of the Limerick SFC.

For Newcastle West, it’s a fifth final appearance this decade as they go in search of a first Fr Casey Cup title since the 2015 win over Dromcollogher-Broadford - they were last in the final in 2017 when losing to Adare.

For Oola, it’s a first final appearance since 1980 as they go in search of a first Limerick SFC title since the 1979 win over Askeaton.

The sides have met in each of the last three years in the group stages of the championship - Oola winning twice, including a 1-10 to 1-9 final round game this August.

That win in the Staker Wallace GAA grounds ensured Oola reach this final with a 100% record - six wins from six outings. The men in red and white have scored 16 goals and 60 points, while conceding just two goals and 66-points.

Newcastle West have played seven games - winning six. They have scored 11-84 and conceded 6-53.

While the men from the Tipperary border were winners when these sides met earlier in the year, team line-ups and the prize at stake will be much different this Sunday.

The ‘Magpies’ added in youth in the form of Sean Murphy, Diarmaid Kelly and the four Hurleys, Willie, Seamus, Eoin and Brian.

Newcastle West will be bidding to bounce back from last weekend’s Limerick IHC final loss to Glenroe. Nine players who lined out in that defeat in Kilmallock look set to play some role in this football final.

Looking for a first title since 2015, the ‘Magpies’ will be able to call upon nine players from that county final win in this clash with Oola.

In terms of experience, Newcastle West have seven survivors from the first of their previous four final appearances this decade in 2011 - Mike O’Keeffe, Iain Corbett, Mike McMahon, Stephen Kelly, Thomas and Mike Quilligan and Jamie Lee.

While they lost to Oola in their final group game, Newcastle West defeated Ballysteen and champions Adare in the knockout stages.

For their part, Oola are in their fourth year back in the senior ranks after an intermediate title in 2015 when current senior captain Eoin Fitzgibbon was also captain.

Nine that played in that Limerick IFC final victory over Claughaun are set to play a role in Sunday’s final.

While it’s 39 years since the club were in a senior football final, they are likely to have seven players in their starting team that were in the Doon team in last year’s Limerick SHC final loss to Na Piarsaigh.

And, that’s not to mention the experience of their inter-county hurling contingent; Richie English, Darragh O’Donovan, Pat Ryan and Mike O’Brien, who could all be in their attacking unit fresh from the senior hurling team holiday to Barbados. Fellow hurler Barry Murphy hasn’t played any role to-date due to injury.

On top of these are Josh Ryan, Conor Ryan, Kevin Nolan and the Bourke brothers.

Any potential replay is set for November 3 with the eventual Limerick county champions set for Munster club action on November 10 with a quarter final trip to Cork to play Nemo Rangers, who beat Adare in a semi final enroute to a 2017 provincial title.