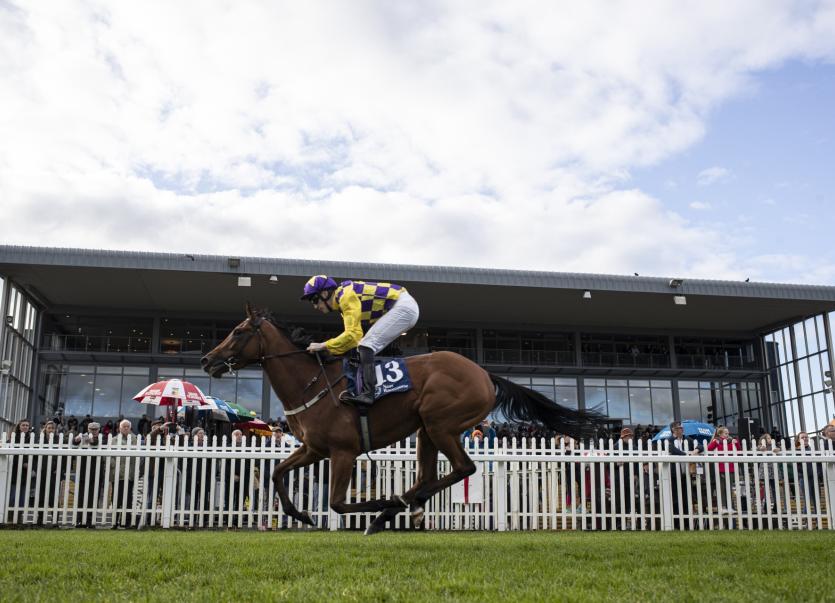 Billy Lee matched his best season in terms of winners ridden in Ireland when he shared success with Madeline Tylicki at Gowran Park on Monday. He notched up his 55th winner of the season, equalling his total for the 2016 season, when We’ll Go Again landed a 7/1 victory in the 8f handicap. Despite being drawn out widest of all, the Andrew Roe-owned three-year-old was never far off the pace and kept on best of all from the two-furlong pole to score by a length and three quarters from the Ray Cody-trained Guinevere.

Lee added two more winners before the week was out. He won the 12f handicap at Leopardstown on Saturday on the Tom Mullins-trained 6/1 chance Takarengo and partnered easily the most impressive winner at Naas on Sunday where Silk Forest won the Listed Garnet Stakes. Trained by Paddy Twomey, the three-year-old made all the running to win by all of five lengths from the Jessica Harrington-trained Trethias. The 7/1 winner will be put away now with Twomey set to aim for Group race glory with her next season.

Rathkeale conditional rider Conor McNamara enjoyed his biggest winner to date when he landed the €50,000 coopsuperstores.ie Handicap Chase at Cork on Sunday. He did the steering on the Terence O’Brien-trained Lakemilan, the 11/4 favourite, which was eight and a half lengths too good for a second O’Brien-trained runner, the 5/1 chance Articulum. It was Conor’s 16th winner of the season and easily his most valuable.

Donie McInerney was among the early winners at Punchestown on Wednesday afternoon where he partnered the in-form Shumaker to success in the 2m handicap hurdle. A winner at Fairyhouse only four days earlier, the seven-year-old followed up with the minimum of fuss for County Antrim trainer Paul Traynor as he beat the Niall Madden-trained Dawson’s Cottage by three-parts of a length.

Austin Leahy teamed up with Mikey Sheehy to land the opening division of the 7f h at Dundalk on Friday night. Owned by Cian McAuliffe and Philip McAuliffe, the three-year-old made a tardy start but was well on top at the finish, beating Denis Hogan’s Mulzamm by a length and a half at odds of 10/1.

Ahead of his Ascot winners, Aidan O'Brien landed the 8f maiden at Leopardstown on Saturday where the Emmet McNamara-ridden Celtic High King, a 25/1 chance, came from off the pace to beat his own stable companion Nobel Prize by a length and three-quarters. McNamara’s brother Conor was also a winner Cork on the day.

Father and son Aidan and Donnacha O’Brien were the star turns at Ascot’s Champions Day on Saturday, winning the featured Champion Stakes with the brilliant mare Magical, and ended Stradivarius’s unbeaten run with a thrilling victory with Kew Gardens in the Long Distance Cup. In victory, Magical was winning her third Group 1 of the season and the even money favourite could see her season extended further – O’Brien said the team will mull over a possible trip to America for the Breeder’s Cup for the daughter of Galileo.

Kew Garden’s future will also be decided over the winter with the Ballydoyle-Coolmore team seemingly edging towards keeping the four-year-old in training next season with the Ascot Gold Cup and a possible rematch with Stradivarius already on the horizon. The duo battled up the Ascot straight on Saturday in one of the season’s most thrilling races with the Irish colt edging in front by just a nose.

It capped a fantastic day for the Irish at Ascot with 24-year-old Kerryman Oisin Murphy crowned British Champion Jockey for the first time. Murphy, a nephew of Gold Cup-winning rider trainer Jim Culloty, rode 211 winners in 2019 and becomes the youngest champion jockey in Britain since Ryan Moore won as a 23-year-old in 2006.

The day was tinged with some sadness though, with the death in America of popular Jumps horse Wicklow Brave. The Willie Mullins-trained 10-year-old enjoyed an extraordinary career winning races as diverse as a Punchestown Champion Hurdle in 2017 and an Irish St Leger in 2016 and was unbeaten in three chase runs this season. Under jockey Paul Townend he looked set to win the American Grand National but took a heavy fall at the last fence with victory in sight and died from his injuries.