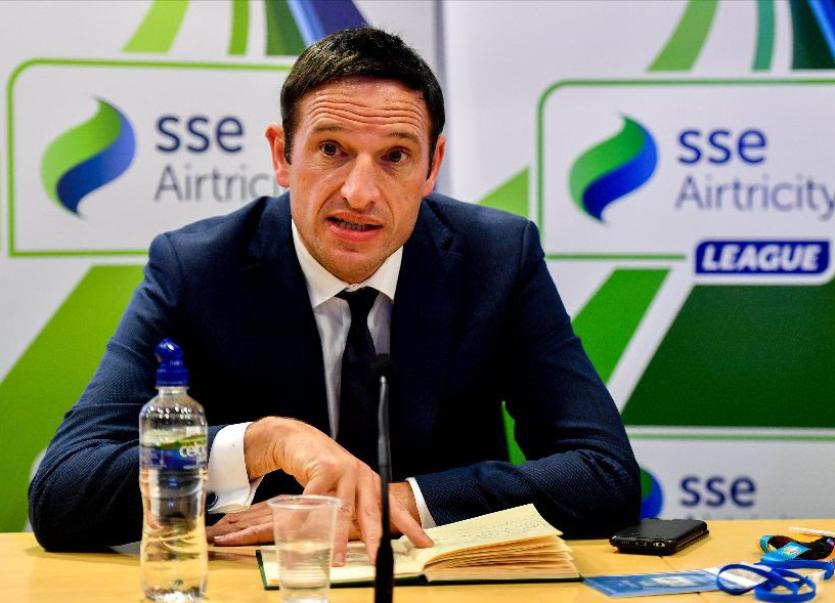 “We want to see Limerick senior soccer be the best it can be” the words of FAI General Manager Noel Mooney.  Speaking exclusively to the Limerick Leader, the Shannonside native admitted that the FAI are concerned about the current status of Limerick FC, but added the association are desperate for football in Limerick to work.

On the future of Limerick FC in the coming season, Mooney added that he and the FAI want Limerick soccer to thrive.

The club's holding company currently finds itself in examinership, but Mooney admits that there is hopefully a new group or person who could take over.

"We're in a process of examinership at the moment. We're awaiting the report from the examiner very soon. I'd like to thank Pat O'Sullivan for his contribution to Limerick soccer. I remember when Limerick was in real trouble. He came in during a very difficult period for the club, and has invested a lot into the club. It's now changing times. I'd be very hopeful a new group or person, or club can come in and take over, and can take it to the level it deserves to be. Think about Limerick, you have the University of Limerick, you have LIT, you have the Markets Field. We have talents, we have a population who love football. All of the ingredients are there to have a strong Limerick team, a strong Limerick FC. So I'm desperate, and the FAI is desperate for it to work" the former Limerick FC player added.

When asked about the appetite for senior soccer in Limerick, Mooney was quick to point to other examples, across Europe, where a vision is needed for fans to follow.

"We have seen signs of it before. They played Finn Harps [in 2015] and there were thousands of people there. The interest is certainly there. But we need a club which has a strong vision. I've seen it so many times before working around Europe with Uefa. You get a club which has a great vision, and has great people. Plenty of great people. It needs a group of like-minded people to build a club. In Ireland we have strong senior clubs in Leinster like Shamrock Rovers and Dundalk and Bohemians coming on. But actually in our coastal towns like Cork, Waterford, Limerick and Galway, we want to see improvements. There is a lot of discussions this week on the strategy of the League of Ireland including the concept of an All-Ireland league which will be discussed on Thursday. So it's exciting times for Irish football. We just need to come out of this [Limerick] process in the right way both for Limerick and Irish football"

There have been some suggestions in recent times that Limerick FC, or a re-brand of same, could ply their trade in the Limerick local leagues or even the Munster Senior league. That is not a reall 'runner' for the FAI though.

"We are always desperate to continue the club as it is. If there is no club next year, it'll be disappointing for all of us. But at the same time, sometimes you need to regroup. If there is no club here, it will be upsetting. Sometimes you're better off to take your time and get it right, rather than rushing into something half-baked. You'd rather get the right combination of people. Around Limerick there are so many great sports people not just on the pitch, but off the pitch, who have great minds and brilliant junior clubs.

"If we can get the best minds in Limerick including the sports scientists and the brilliant people, if we can pull that together behind a strong Limerick FC, we have a chance of competing at the highest level in Irish football, and competing in Europe. That's quite possible" continued Mooney who is 'on-loan' from UEFA.

"We do need the business community to have a vision they can buy into. There are people in Limerick who could invest in Limerick soccer, and maybe they just need a clearer vision to buy into. We'd love to work with whoever them people are who can take Limerick football forward  to create that vision that investors could buy into to reach our potential. We need a strong senior club in Limerick. We have a feeder system, if it's done correctly. I've huge optimism for Limerick senior football going forward. We just need to find the right combination of people to take to the next level" he concluded.