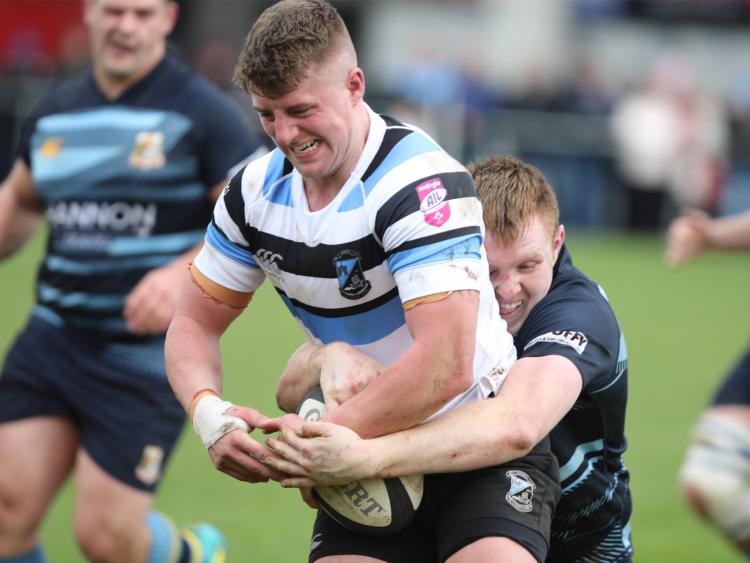 Limerick's six All-Ireland league teams were in action this afternoon across the country, with just one win to their name. That coming from Shannon in their home tie with Navan at Thomond Park

Young Munster succumbed to their third losing bonus point defeat in a row after a 14-20 losing effort to an unbeaten UCC side.
The “Cookies” started emphatically after the kickoff, a lovely offload from Luke Fitzgerald to Jordan Stewart allowed the number eight to score his second try in two weeks.

A conversion and two penalties later by James Taylor and UCC are in full control of the half, until Munsters’ centre Evan O’Gorman broke free of two tackles and scores an AIL Try of the Year candidate right before half-time, fly-half Evan Cusack’s conversion ended the half at 14-13 to the home side.

A pick and go from John Poland put the Students back in the lead at 20 minutes into the second-half, who also added the extras.

Following immense pressure by Gearoid Prendergast’s side, a deliberate knock-on from UCC and a heartbreaking knock-on at the corner rendered Young Munster to a 20-14 defeat and still searching for their first AIL win of the season.

Meanwhile in College Park, Trinity scored a bonus point win over Conan Doyle's Garryowen, running out 37-19 winners having trailed by just three points at the break.

In Division 1B, Shannon, as stated, picked up Limerick's only win with a 16-3 win over Navan. Shannon lead 10-3 at half-time thanks to an early penalty from the in-form Billy Gray and a Pa Ryan try under the posts to ensure an easy conversion for Gray. Navan responded almost immediately to grab their first points of the game, a well-taken penalty from Ruairidh Swan.  In a low-scoring second- half Shannon extend their lead to 10 points when Gray kicked over for his second penalty of the afternoon to make it 13-3 midway through the half. Substitute Ben Daly put the result beyond any doubt as he successfully grabbed his side's third penalty with nine minutes to go.  As the threatened rain eventually fell on the large crowd at Thomond Park back pitch, it finished 16-3 to the hosts.

In Division 2B, UL Bohemian are still looking for their first win following a home defeat to Rainey OB. The Derry side came away with a bonus point victory over a lacklustre Bohs. Level 7-7 at the break, thanks to Kieran O'Shea,  a strong finish from the hosts saw triess from Oige Scannell and O'Shea, to give them a losing bonus point.

Old Crescent, trailing 22-10 at the break, the physicality and pressure of the tie saw both teams going down to 14 men in the second half for 10 minute periods due to yellow cards. Indeed Cashel, at one point were down to 12 men due to yellow cards, but Crescent could not make the numerical advantage pay, losing this one 34-22 at the final whistle.

In Division 2C, high flying Bruff made the trip to Midleton. These two sides have had some good tight battles in recent seasons and this game was no different. Bruff went 10-0 down after half an hour and they struggled to get into the game as the time wore on. Leading 23-3, Midleton looked comfortable for large parts of the second half. A late Bruff try put some gloss on what will be a disappointing bus trip home.