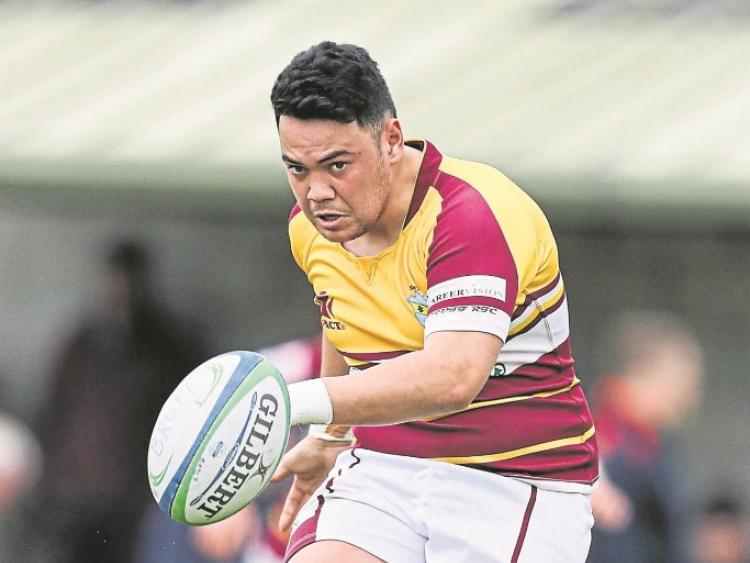 EXPECT the banter and ribbing in the Bruff RFC dressing room to crank up a few notches at training this week ahead of Ireland’s mammoth World Cup quarter-final showdown with New Zealand in Japan on Saturday.

When the eyes of the rugby world will be on the clash of Joe Schmidt’s Ireland and two-time World Cup winners New Zealand, Te Pairi and his high-flying Bruff team mates will be on their way to East Cork for a crucial Energia All-Ireland League Division 2C clash with Midleton.

Te Pairi has literally come a long way in a short space of time.

Growing up in Dunedin, the talented play-maker, who can operate as an inside centre as well as out-half, attended rugby nursery King’s High School where he dreamed of following in the footsteps of its famed past pupil, current All-Black rugby full-back Ben Smith.

Te Pairi explained: “I was born in New Zealand’s North Island and moved down to Dunedin and have lived there for the past 10 years. I turned 20 last Friday.

“Growing up I played as a 12 and a 10. Throughout the various teams I played in, I moved between the positions, it's whatever the coaches feel comfortable with me and I am happy to play in either.

“It is every kids dream in New Zealand to play for the All-Blacks, I guess Ben Smith is a great role model for me, going to the same school, he played with Otago where I am from. I guess another role model for me would have been Dan Carter and Ma’a Nonu, those guys are great players.

“I played with Dunedin Rugby Club at premier level there which is top level club rugby.”

When the opportunity to join Bruff came along, Te Pairi jumped at the opportunity while admitting he knew nothing of Limerick other than its rugby reputation. He also had a chat with former Ulster prop, Dunedin-based Bronson Ross about what he might expect the experience of Ireland to be like.

“The seasons are different obviously between the two Hemispheres. Bruff reached out to me and I took the opportunity. A couple of weeks later I was on a plane here and I am happy to be here, get another season under my belt and get some experience of playing on the other side of the world.

“There is a bloke back in Dunedin, Bronson Ross, he played for Ulster for several years and was affiliated with the club I was at. I had a yarn to him about it. He lived here for something like eight years and he said it was the best opportunity I could do, you go to the other side of the world, you make 30 new friends just like that.

“Taylor Jones, who is a flanker and the forwards coach here at Bruff, is a New Zealander as well. I got here a week before he arrived back over and met the Irish guys. Then Taylor got here a week later.”

Bruff’s half-back partnership in the AIL this season has an international flavour to it as the scrum half berth is filled by the highly regarded Florent Riguet, from Toulouse in France, who was also among the tries against Enniscorthy,

Te Pairi said: “It is real handy because Florent and I actually spend a lot of time together. He is teaching me a wee bit of French, so we might be able to make a few calls in French on the pitch in a couple of weeks!

“No, he is a great bloke, he is getting used to the area as well and his English is getting much better.”

“The rugby here is very physical. I am walking off the pitch bruised and sore. I am pretty sure everyone else is too. The intensity is great.

“You come over here and everything is different compared to home and that is just something new to learn, experience different things.”