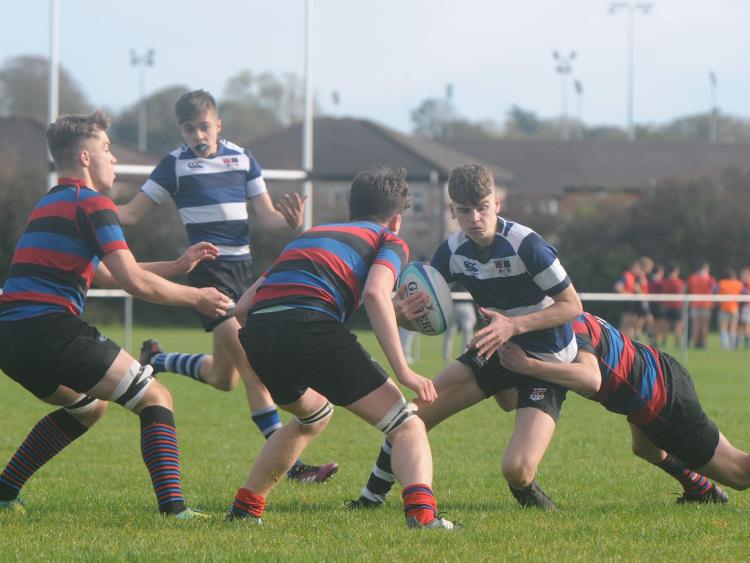 The Limerick rivals scored three tries each in an exciting opening round robin fixture with a late penalty goal from the reliable boot of Crescent College's excellent goalkicker Ciaran Campbell finally deciding the contest in the home side's favour.

Group A of this season's new-look Junior Cup also includes fellow Limerick schools Castletroy College and Ardscoil Ris who are due to meet in their opening round robin fixture this Friday at Castletroy College, 2.30pm.

Visitors St Munchin's got off to the ideal start against Crescent College when striking for a well-taken try from the speedy Oisin Pepper after a fine break up the right wing on five minutes.

Back came Crescent College and the home side had built a useful 14-5 half-time lead in the sunny conditions with tries from Andrew Condon on 13 minutes and the lively Brandon Nash, brother of Munster senior player Calvin Nash.

2018 Junior Cup winners St Munchin's needed a quick start to the second half and they got it when Oisin Minogue, son of former Ireland womens' rugby international Rosie Foley, powered over the whitewash from close range after the Corbally side used the pick-and-go to great effect deep inside their opponents '22.

Cillian O'Connor duly added the conversion to make it a two-point game at 14-12.

The momentum of the game swung back in Crescent College's favour again, however, soon after as the fleet-footed Nash dashed up the right wing before scoring his second try of the game 10 minutes after the restart.

A superb conversion from Campbell made it 21-12 to the home side for whom Jack Somers excelled in the engine room.

Up to eight members of the St Munchin's College squad have been involved in the Munster Schools U16 squad.

St Munchin's resilience paid dividends when Eoin McGurran finished off a fine move with a try in the left corner to reduce Crescent's lead to just four points, 21-17, with 10 minutes remaining.

However, a sweetly struck penalty goal from Campbell, struck from outside the '22 and into a stiff breeze, sealed victory for Crescent College late on.

Crescent College have won the Junior Cup seven times, most recently in 2016.