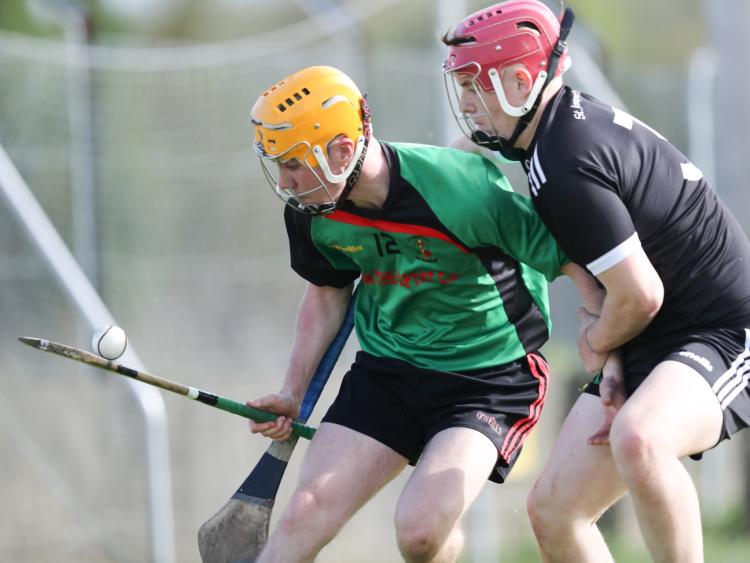 HOSPITAL’S John the Baptist Community School had no answer to the scoring power of Nenagh CBS in their round one Harty Cup tie this Wednesday.

In sunny Cappamore it finished Hospital 0-10, Nenagh CBS 3-16 in the Munster Senior A (U19) Post Primary Schools Hurling Championship.

There were five points between the teams at half time but the north Tipperary side pulled away to win by 15-points in the end, despite hitting 12 wides – double that of the Hospital teenagers.

Quarter finalists last year this much-changed Hospital team scored just two points from play over the hour and must now regroup for their remaining games against Thurles CBS and St Colmans of Fermoy.

Nenagh, with Limerick’s 2013 Munster SHC winning coach Donach O’Donnell among their management, were powered to victory by a return of 2-12 from Portroe’s Sam Madden.

Although two Aidan O’Heney frees opened the scoring for the south Limerick side, they soon trailed 0-6 to 0-2 as Nenagh got on top.

Nenagh felt they should had a 22nd minute goal but nonetheless they were 0-11 to 0-6 clear by half time with O’Heney accounting for all Hospital scores – his sixth point the only one from play.

Two goals in five minutes midway through the second half from Madden put the result beyond doubt with Nenagh 2-15 to 0-8 clear and the game just inside the final quarter.

Darragh McAuley joined his Emly club-mate O’Heney as a Hospital scorer but even a second yellow card for full back Paul McLaughlin did'nt deter Nenagh.

Goalkeeper Jack Franklin became just the third Hospital scorer with a late pointed free but even then there was time for Nenagh to round off the win with a third goal from substitute Micheal Ryan.