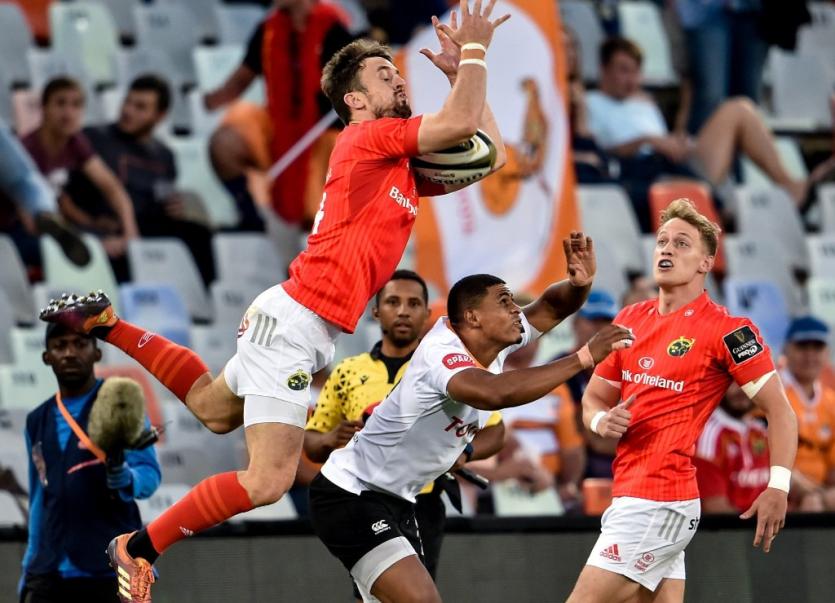 Munster, who had secured bonus point wins in their two opening Pro14 fixtures, including an impressive victory over the Kings in the opening leg of their South African tour, remained well in the contest at half-time when trailing by just three points, 9-12.

However, the clinical Cheetahs took a firm grip on the game played at altitude in the second half, running in four further tries to close out an impressive victory.

In the end, Munster were outscored by six tries to one, with centre Dan Goggin finishing an excellent move in the 76th minute to score the visitors' only five-pointer.

This was the first defeat for Munster in eight meetings with the two South African sides in the Pro14.

Munster, minus their 12 Ireland internationals away on World Cup duty in Japan, are not involved in Pro 14 action for two weeks as the competition takes a break next weekend.

The Cheetahs had started the season on fire, racking up a mammoth 16 tries and 111 points in the first two
rounds – including a 63-26 win over Ulster in their previous outing. However, defences held sway in the opening 50 minutes.

The Cheetahs hit the front on 11 minutes after Munster hooker Rhys Marshall was sin-binned for deliberately collapsing a maul.

Dan Goggin scores a consolation try for Munster, and the try is awarded after a TMO check.

The home side kicked to the corner from the resultant penalty, won the line-out and scrum-half Ruan Pienaar put powerful prop Ox Nche over from close range.

With Marshall back on the field in the 20th minute, Munster were awarded a scrum penalty just outside the opposition '22. The visitors opted for a kick at goal and Tyler Bleyendaal landed the kick for 7-3.

Junior Polomela goes in at the corner, Ruan Pienaar misses the conversion from the left touchline .

Munster drew with a point of their hosts in the 28th minute when Kiwi Bleyendaal landed his second penalty kick after the Cheetahs were penalised for off-side.

Munster's linespeed in defence was excellent in that opening half an hour as they regularly forced kicking and handling errors from their hosts.

The visitors also used the 'Garryowen' to telling effect, using the high kick option to regain possession several times during the half.

However, just as Munster appeared to have gained an edge, Johann van Graan's charges shipped the game's opening try when centre Louis Fouche and winger William Small-Smith combined to put flanker Junior Pokomela for a Cheetahs five-pointer and a 12-6 lead after 34 minutes.

Back came Munster again and the see-saw nature of the scoring continued when the Cheetahs were again pinged for off-side in the middle of the pitch and the reliable Bleyendaal duly split the uprights to reduce the gap to three points, 12-9.

Munster trailed by those three points, 9-12, at half-time, but remained right in the contest.

A fourth penalty kick for Bleyenddal from distance three minutes after the restart collided with the upright, before the Cheetahs cleared the ball upfield.

Munster were hit with a real blow two minutes later when fleet-footed winger William Small-Smith finished off a flowing move to score in the right corner.

However, the Cheetahs were over for their bonus point try in the 53rd minute after Munster were helpless to halt the South African side's powerful driving maul with hooker Joseph Dweba getting the touchdown. Pienaar again converted for 26-9.

The Cheetahs cranked up the pace of the game in the final quarter as Munster visibly tired at altitude. The Free State Cheetahs had their fifth try with just under 10 minutes remaining when replacement Jasper Wiese crossed the whitewash. Pienaar's fourth successful conversion made it 33-9.

To their credit, Munster hit back with an excellent try, scored by centre Dan Goggin, after a fine break by the impressive Shane Daly on 75 minutes.